Goldin Auctions’ monthly auction sold $8.5 million in trading cards, surpassing the company’s previous record for this type of auction by 60%.  With the results of the auction, the company is announcing it has surpassed its entire 2020 year in sales — $100 million — just three months into the year. 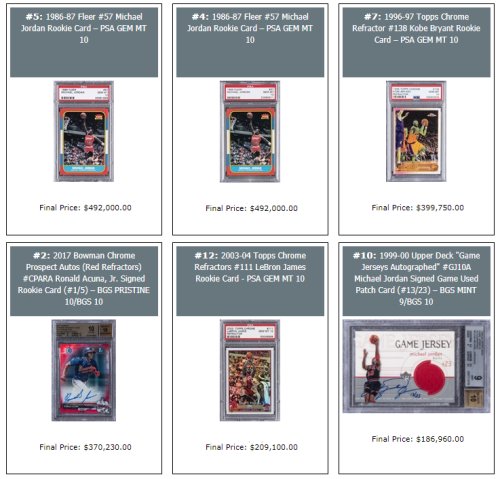