The 2016 Goldin Auctions April Premium Live Auction set several new sales records as the 73 items sold for more than $2.9 million this Saturday night at the New York Yankees Steak House in New York City. The auction total will increase dramatically this week as Goldin Auctions offers an additional 1,100+ lots in a corresponding online auction through May 7 at www.GoldinAuctions.com. Additionally, Goldin Auctions is currently accepting consignments for its next live auction on Thursday, August 4, 2016 during the National Sports Collectors Convention in Atlantic City, NJ.

“Saturday night was an electric atmosphere at the NYY Steakhouse as attendees and absentee bidders were excited to bid upon the outstanding line-up of special memorabilia we were offering” said Ken Goldin, Founder of Goldin Auctions. “We are proud to have once again secured record prices for our consignors and especially proud that 73 of the 76 lots were sold.”

A sixth record price of $365,000 (for a modern era jersey) was achieved for the 2001 Mike Piazza Post 9/11 HR Jersey. In an unprecedented decision, Goldin Auctions pulled the jersey in advance of the live auction and sold it privately to ensure it would remain on display in New York.

Here’s a look at some of the other marquee items that were sold on Saturday night: 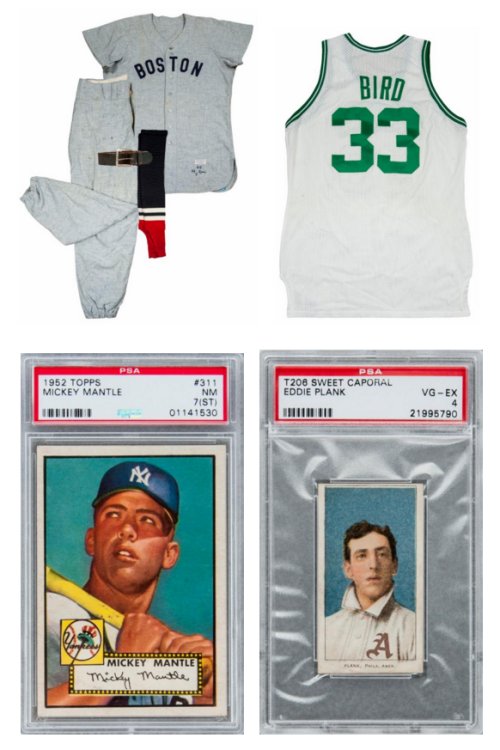 About Goldin Auctions
Sports memorabilia impresario Ken Goldin has sold more than $600 million in memorabilia from many of the biggest names in sports, history and pop culture and was the pioneer of using the medium of television to sell sports memorabilia. Over the past few years, Goldin Auctions sold Babe Ruth’s 1918 contract for a record $1.02 million, a Honus Wagner T206 card for a public sale record $2.1 million and the Mike Piazza Post-911 home run jersey for $365,000. Goldin Auctions strives to break new ground and offer collectors the best in collectible treasures up for auction in the marketplace. All game worn or autographed items come with team, player, league or additional LOA from industry leading authenticators; and collectors can bid with confidence that their proxy/ceiling bids remain confidential. For more information, visitwww.goldinauctions.com.