It was a record setting night at The National Sports Collector’s Convention as bidders both in the Atlantic City, NJ hotel ballroom and online via www.GoldinAuctions.com  spent over $3.1 million on 90+ items of sports memorabilia in the Goldin Auctions 2016 Premium Live Auction on August 4. As expected Lot #25 the O-Pee-Chee #18 Wayne Gretzky Rookie Card PSA Graded GEM MT 10 established a new standard for hockey trading cards by selling for $465,000 — more than five times the previous record of $94,000 that the card last sold for. Not to be outdone, Lot #38 Babe Ruth’s 1935 Contract with the Boston Braves sold for a whopping $360,000.

“The National Sports Collector’s Convention is the biggest event in the sports memorabilia industry which makes our annual auction here truly special,” said Ken Goldin, Founder of Goldin Auctions. “With more than 200 people packing the room and hundreds more bidding via phone and online it was an electric atmosphere. We thank all our bidders and consigners for their participation.” 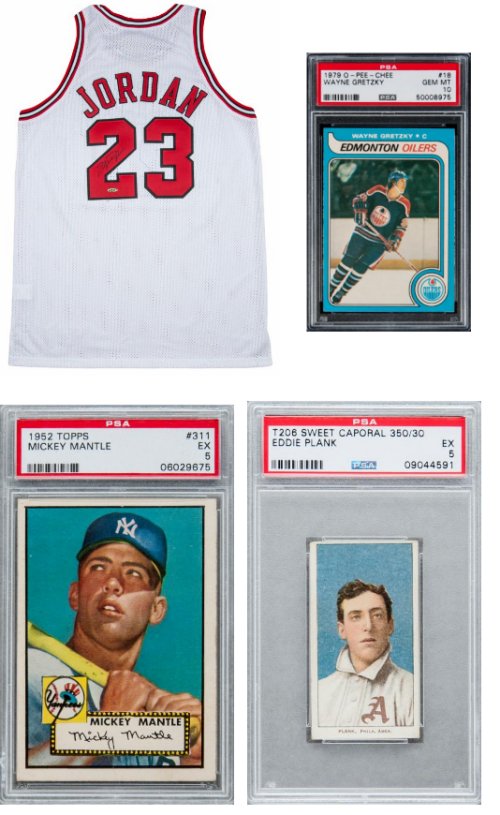 A handful of items that did not sell in the live auction will remain open for bidding along with 1,500+ other lots of memorabilia in the corresponding catalog auction through August 13 online at www.GoldinAuctions.com.