When Kareem Abdul-Jabbar won six MVPs and six NBA championships, he had a great team around him. That’s no different now, as in addition to featuring the Kareem Abdul-Jabbar Collection, the Goldin Auctions 2018 October Legends Auction is loaded with more than 1,500 lots of sports, entertainment and historical memorabilia. The auction closes on Saturday night, Oct. 27, at GoldinAuctions.com.

The Kareem Abdul-Jabbar Collection features 146 lots of memorabilia including numerous championship rings, game-worn jerseys, the ball he scored to become the NBA’s all-time leading scorer, three UCLA championship nets, historic awards including the inaugural Naismith College Player of the Year Trophy, and even a pair of his signature goggles. It also includes numerous personal items such as his Little League baseball trophy, black cowboy hat, letters from former Presidents Bill Clinton and Barack Obama, and much more. Much of his proceeds will benefit the SkyHook Foundation, whose mission is to give kids a shot that can’t be blocked. The entire collection is available here.

Here are a few of the marquee items and the current bid (as of Oct. 25 at 9 a.m. ET) in the Goldin Auctions 2018 October Legends Auction at GoldinAuctions.com.
The Kareem Abdul-Jabbar Collection 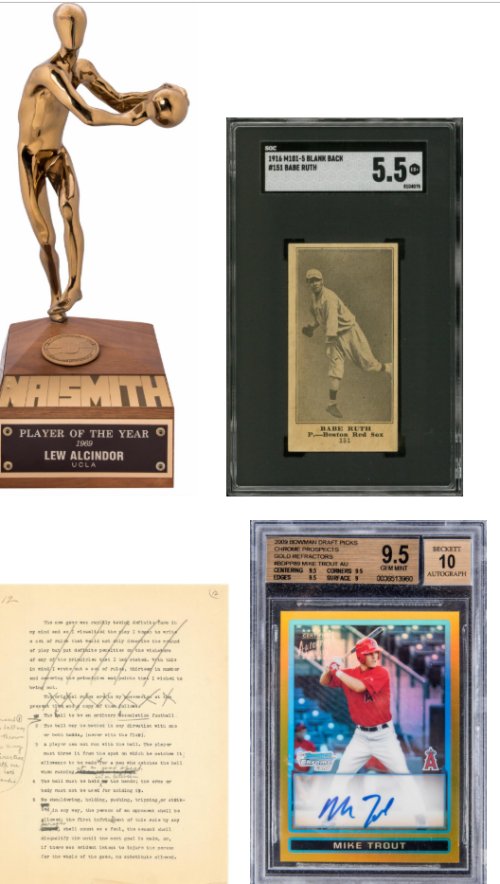