With one of the most eclectic mixes of sports, entertainment and historical memorabilia ever offered in a single auction, it was no surprise that a host of record setting prices were realized when the Goldin Auctions October Legends Auction closed in the early hours this Saturday morning. But what was surprising, was that despite items from legendary sports and historical figures named Jordan, Ali, Mantle, Ruth and Kennedy on the block, it was a 4-page handwritten letter from rap and hip hop artist Tupac Shakur selling for a whopping $172,750 that stole the show. The letter was part of a 10-lot Tupac Shakur Collection that sold for $205,625. In all, more than $3.1 million worth of memorabilia was sold in the 1,500+ lot auction at www.GoldinAuctions.com.

“This remarkable letter from Tupac exemplifies what’s thrilling about the auction business as this recently discovered find caught the eye of several serious and well-heeled bidders who went back and forth for hours until this record-setting price was reached,” said Ken Goldin, Founder of Goldin Auctions. “We congratulate all of our consigners and bidders on being part of this historic night.”

Here’s a look at some of the marquee items and the final sale prices. For a look at the complete catalog, visit www.GoldinAuctions.com. 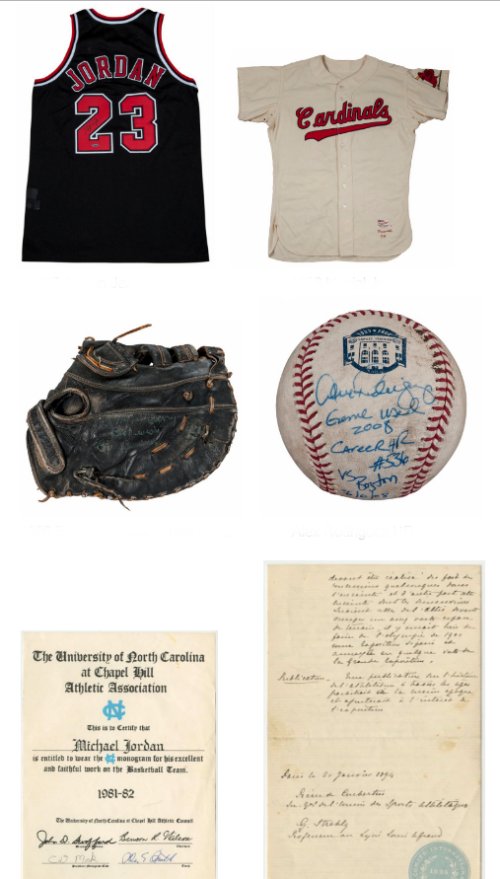 Goldin Auctions is currently accepting consignments for its annual Winter Auction through November 15. For more information, visit www.GoldinAuctions or email info@GoldinAuctions.com or call 609-767-8550.