The thrilling 2014 World Series must have sparked excitement among sports memorabilia collectors, as the Goldin Auctions October Legends Auction, which closed on November 1, recorded nearly $3 million in sales from almost 11,000 bids.

“We are thrilled with the results of the auction which shows the sports memorabilia market is vibrant and growing in popularity,” said Ken Goldin Founder of Goldin Auctions. “The auction had strong results all across the board, especially the Babe Ruth, Mike Schmidt, Derek Jeter and ‘Honest Eddie’ Murphy collections. The fact that 97% of the lots sold, is especially gratifying for both our consigners and bidders.” 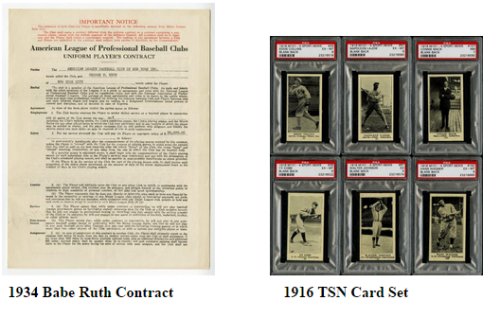 Here’s a look at some of the auction highlights. For complete auctions results, or to cosign an item to the January auction, visit www.GoldinAuctions.com.

One of a Kind Baseball Lots