Goldin Auctions, the leading marketplace for collectibles and trading cards has launched there June Premium Card & Memorabilia which concludes on June 26-27, 2021.  Over 3,000 Lots of sports cards, memorabilia, autographs, unopened wax and much more. Bid, view and register for the auction at goldinauctions.com. 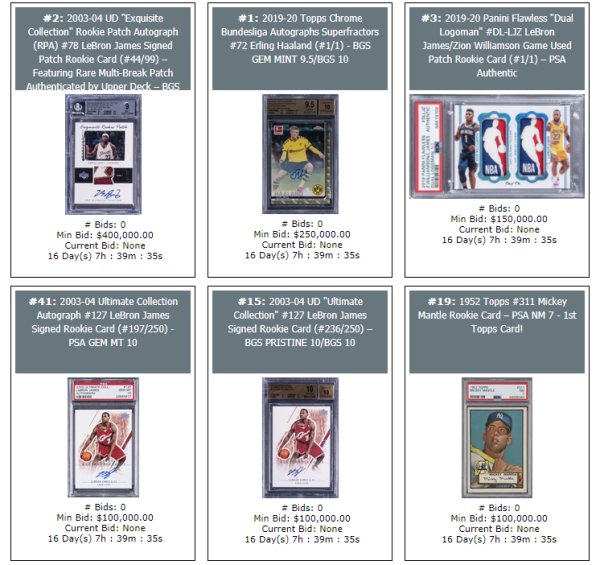 In addition to these soccer sensations, the June Premium event features items from basketball, hockey and baseball megastars. The auction boasts a LeBron James Rookie Patch Autograph card (LOT #2), comparable versions of which have regularly sold for nearly $2 million, as well as multiple Zion Williamson rookie cards (LOTS #3 & #9). A rookie card of “The Great One,” Wayne Gretzky (LOT #11) and one of only two of Lou Gehrig’s game-used Hanna Batrite R2 Model Bats (LOT #4) are just a couple of the other legendary items up for sale.

“There was a time when it would be hard to believe a modern soccer card would be LOT #1 in one of our premium auctions,” said Goldin. “But today, soccer is one of the hobby’s fastest-growing assets by popularity, in part because of the rapid growth of international enthusiasts. In addition to the huge interest in soccer, we’ve seen incredible demand for Pokémon cards over the last few years. Who could be surprised about that when one of the most popular content creators in the world wears a Charizard card in his diamond chain before his fight with Floyd Mayweather!?”