With historic items from legends like Sandy Koufax, Muhammad Ali, Joe DiMaggio, Babe Ruth, Michael Jordan and Mike Trout, the Goldin Auctions 2018 Spring Premium Live & Catalog/Online Auction is sure to get the attention of collectors when 629 lots of sports, entertainment and historical artifacts hit the auction block on April 9. The 53 premium lots will be sold at a live auction on April 28 at the NYY Steakhouse in New York City with an additional 570+ lots up for bids at GoldinAuctions.com, through May 5.

“By offering this historic Koufax jersey, Ali’s most important fight robe, DiMaggio last World Series bat, ten lots of Jordan game worn jerseys and sneakers among the 629 lots, this is surely an auction with the focus more on quality than quantity,” said Ken Goldin, Founder of Goldin Auctions. “We look forward to an active month of online bidding and a record-breaking night in New York City on April 28.” 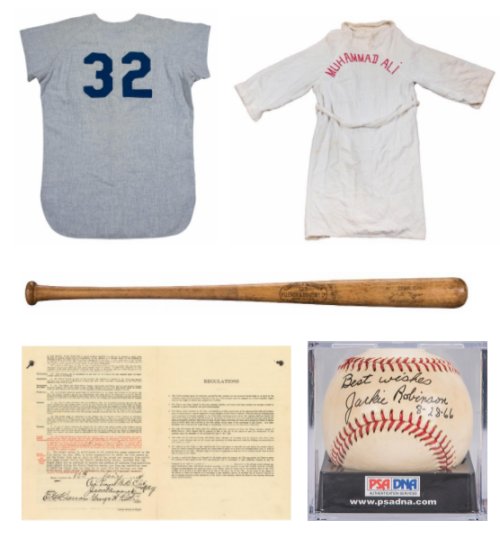 The auction is open for bidding at GoldinAuctions.com. Here’s a look at some of the marquee items: 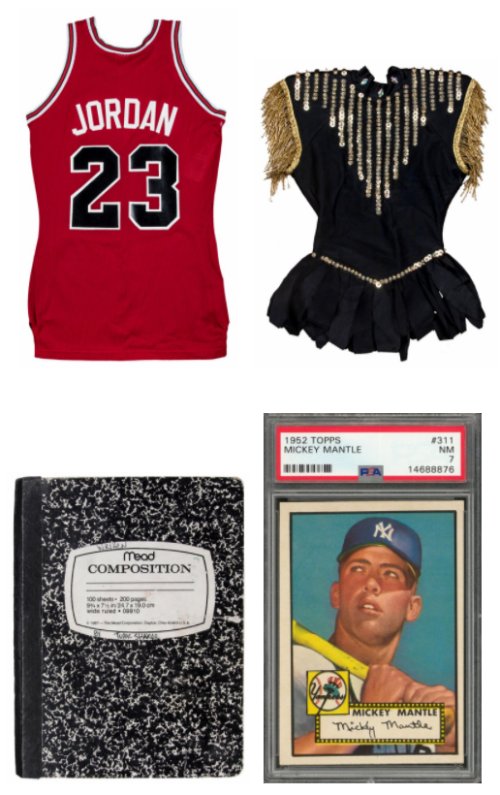