Just a week after selling a Wayne Gretzky rookie card for $465,000 in its live auction in Atlanta City, NJ, Goldin Auctions sold Muhammad Ali’s boxing gloves from his epic 1971 fight with Joe Frazier for $606,375 on Saturday night during the Goldin Auctions Summer Catalog Auction at www.GoldinAuctions.com. In all the 1,500 lots of memorabilia that sold at the combined live and catalog auction generated $5.8 million in sales.

“The prices realized in our live and catalog auction this week reinforce that the sports memorabilia market is vibrant and that collectors are not only passionate for rare items from legendary figures like Ruth, Mantle, Jordan, Ali and Gretzky but also the burgeoning market for boxing, hockey and Olympic sports,” said Ken Goldin, Founder of Goldin Auctions.

Highlights from the catalog auction that closed on Saturday night included: 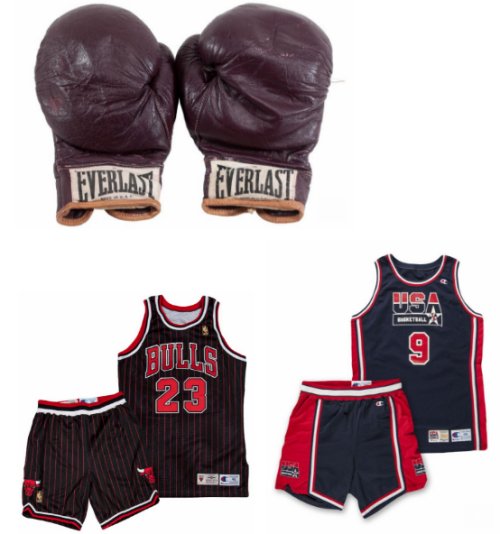 For a complete recap of the Goldin Auctions Summer Live and Catalog Auctions, visit www.GoldinAuctions.com. To consign and item for the company’s October Legends auction, contact Goldin Auctions at info@goldinauctions.com or call 856-767-8550. The company’s next auction will be a special high-grade trading card auction in September featuring the famed Jumbo T-206 Honus Wagner.