To cap off a record-setting year in which Goldin Auctions sold more than $25 million in sports trading cards and collectibles and established numerous industry standards, the 2016 Goldin Auctions Holiday Auction closed on Saturday night with the 900-lots of sports, history and pop-culture memorabilia selling for more than $1.8 million at www.GoldinAuctions.com.

One of the greatest players in baseball history and the player who most emulates him today made news as a 1952 Topps #311 Mickey Mantle Rookie Card PSA NM7 sold for $183,750, while Mike Trout’s 2014 MVP Season Game Used and Signed Glove became the highest selling piece of Trout’s memorabilia ever sold by fetching a whopping $31,850. The extensive non-sports offerings were headlined by the handcuffs used to arrest Lee Harvey Oswald, which sold for $110,250.

“This was a remarkable year for Goldin Auctions and for the entire sports collectibles industry as collectors stepped-up to pay record prices for the wide array of vintage trading cards and historic memorabilia we offered this year,” said Ken Goldin, Founder of Goldin Auctions. “In addition to the record-setting Trout glove, we also sold the most expensive baseball card with the T206 Jumbo Wagner at $3.12 million, the most valuable hockey card as the 1979-80 O-Pee-Chee #18 Wayne Gretzky PSA 10 netted $465,00, the most expensive modern trading card with the 2003-04 LeBron James Upper Deck selling for a remarkable $312,000, Muhammad Ali’s boxing gloves from Ali-Frazier 1 for $606,375, a letter written by Tupac Shakur for $172,750, Babe Ruth’s 1922 contract for $537,750 and many others. We thank all of our consignors and bidders for making 2016 such an exciting year.”

Here’s a look at some of the other auction highlights and final prices realized. The company is currently accepting consignments for its extensive line-up of 2017 auctions. 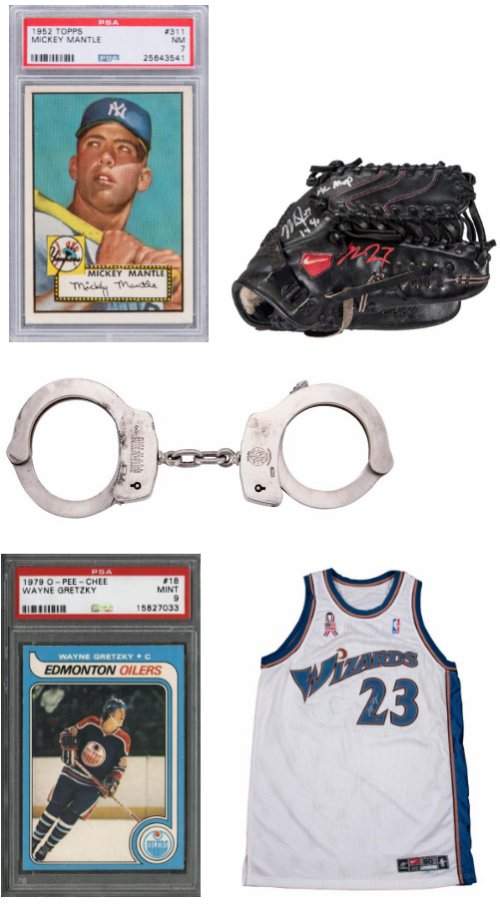