Goldin Auctions is honored to present an exclusive historic artifact from the Cenacle Room (also known as the Room of the Last Supper) in their Winter Auction now open for bidding at GoldinAuctions.com. This metal door was in use for many years dating back to the Ottoman Empire at the Cenacle Room which is located at the top of the King David building complex on Mount Zion in the old city of Jerusalem in Israel.

The Cenacle Room (meaning “Upper Room”) is regarded by the Christian Church as the location of the Last Supper where Jesus and His Disciples are renowned by the Church to have held their final Passover meal. The Tomb of King David building is unique in that it is sacred land for Jews, Christians, and Muslims. It is the only building in the world where there is a Synagogue, a Church and a Mosque all under one roof. The building is used and shared by Jews, Muslims and Christians daily. The door symbolizes an amazing example of peaceful coexistence by the world’s 3 major religions. It is a fitting legacy of King David’s dream of world peace as expressed in the book of Psalms.

The door became available when it was made redundant due to repairs to the ancient stonework of the door posts that made the doorway narrower. The ancient door was then put into the basement and eventually donated to a not-for-profit charitable society. The Mt. Zion Historical Society now seeks to find a new home for this unique antique, in order to further their goals of funding archaeological expeditions in Israel and Biblical awareness programs in the United States. “The proceeds raised from the sale of this door will go towards future archeological projects in Old Jerusalem so we can continue to learn about the city shrouded in the mystery” said Mt. Zion Society Archaeologist, Rod Salinger. Also accompanying the door is a letter of authentication signed by Rabbi Yitzchak Goldstein, the Chief Rabbi Mt. Zion Jerusalem as well as a four-page report written and signed by Chaim Milun, Consulting Engineer hired to investigate the renovations made to the room post the removal of the door. 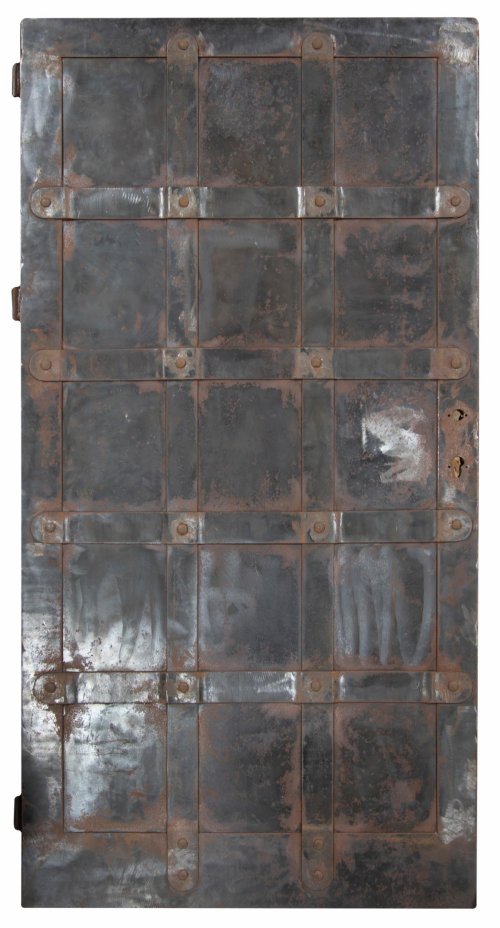 For Jews, the Tomb of King David is a sacred site visited by millions each year. According to leading Jewish theologians, Mount Zion is a religious landmark like no other. It Is mentioned over 150 times in the Bible and is identified as s precinct (suburb) old city of Jerusalem. The door from Cenacle Room is expected to attract a lot of interest due to religious significance, unique heritage and history of being part of the Tomb of King David. It is truly a remarkable item, that provides a unique opportunity for the collectors of Jewish, Christian or Muslim background, to bring a very special part of the Holy Land to America and make the Bible story come alive.

“Sometimes I come across items that flat out blows me away in this industry and this is one that transcends ethnicity, race, and faith and I couldn’t be more excited to help share this piece with the world” said Goldin Auctions Founder and CEO Ken Goldin.

Bidding on this item is NOW OPEN and goes until Feb 22 at Goldinauctions.com.