On the heels of the fourth NBA Championship title and first Finals MVP award for Steph Curry, Goldin is proud to announce its newest auction features a rare, game-worn jersey from the all-world Warriors guard.

Open now, Goldin’s July Sports Auction boasts a Golden State Warriors “City Edition” jersey that Curry wore during a 32-point performance on April 9, 2021 against the Washington Wizards. Already considered one of the greatest players in NBA history and a first-ballot Hall of Famer, Curry only added to his sterling legacy with his most recent – and perhaps most unlikely – NBA Championship.

Also part of the July auction is a jersey worn seven times by the late Kobe Bryant during the Los Angeles Lakers’ 2009-2010 championship run. That season, Bryant and the Lakers posted a 57-25 record, successfully defending their NBA title by defeating their archrivals, the Boston Celtics, in thrilling seven-game game fashion for the franchise’s 16th championship. Additionally, an away jersey worn by superstar LeBron James as a member of the 2007 Cleveland Cavaliers during the league’s NBA China Games is also included in the event.

“Steph Curry’s latest championship ring and first Finals MVP makes him part of a club that’s elite, even within professional sports,” said Goldin Founder and Executive Chairman Ken Goldin. “Steph was already one of the greatest to do it but he should now absolutely be mentioned on par with names like Bryant, James, Jordan, Abdul-Jabaar and Chamberlain. Whether collectors are looking for items from established legends or rising stars, our July Sports Auction has something for everyone so stop by and get your bids in now.”

Goldin has built a reputation as the trusted leader in trading cards, memorabilia and collectibles. The July Sports Auction is open now and closes July 16, 2022. Goldin is also actively accepting consignments for future auctions. To inquire about consigning items, email Sell@goldin.co. 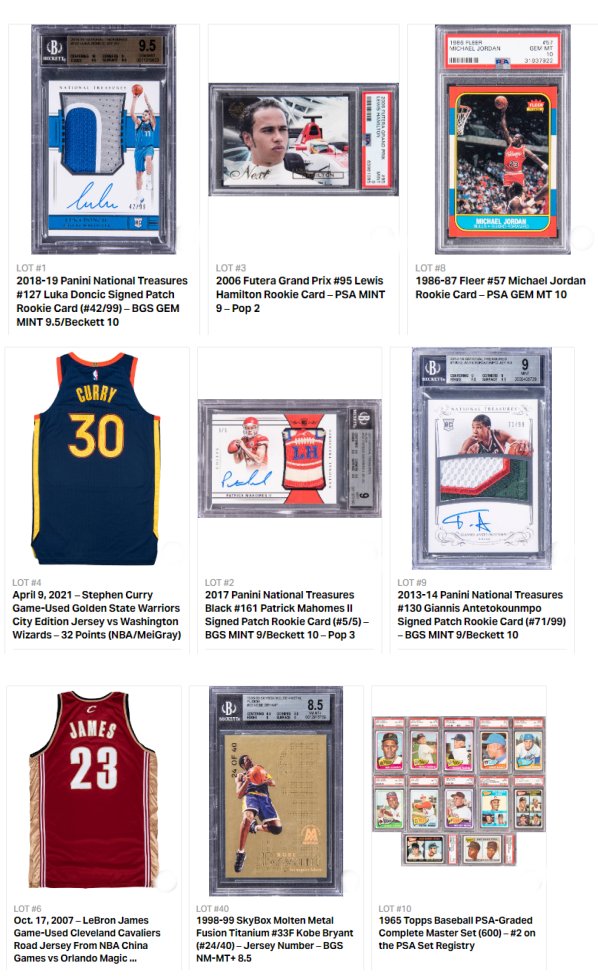