Goldin announces the launch of its May 21, 2022 May Elite Auction. The auction is headlined by items from some of the greatest athletes of all-time – both past and present – including Bill Russell, Michael Jordan, Kobe Bryant, Dwayne Wade & Lebron James and many others. Ultra-Rare Trading cards,Ticket Stub from Wilt Chamberlain’s 100-Point Game, 73-74 Kareem Abdul-Jabbar NBA Player of the Year Trophy & More than 700 Other Items Up for Auction

In addition to iconic sports collectibles, the auction features legendary non-sports items too:

“It’s really special holding a Kobe Bryant jersey in your hand,” said Goldin Executive Chairman and Founder Ken Goldin. “He was so inspiring to so many people and we’re proud to be handling a small piece of his legacy as part of our auction. He, Wilt Chamberlain and Bill Russell are among the greatest to ever lace them up and showing all their jerseys at once makes you feel like you’re in the room with them together. We’re proud to present them as today’s NBA stars vye for a championship. We’ve got some incredible items in addition to those jerseys included in our May Elite Auction and we’re sure there is something for everyone.” 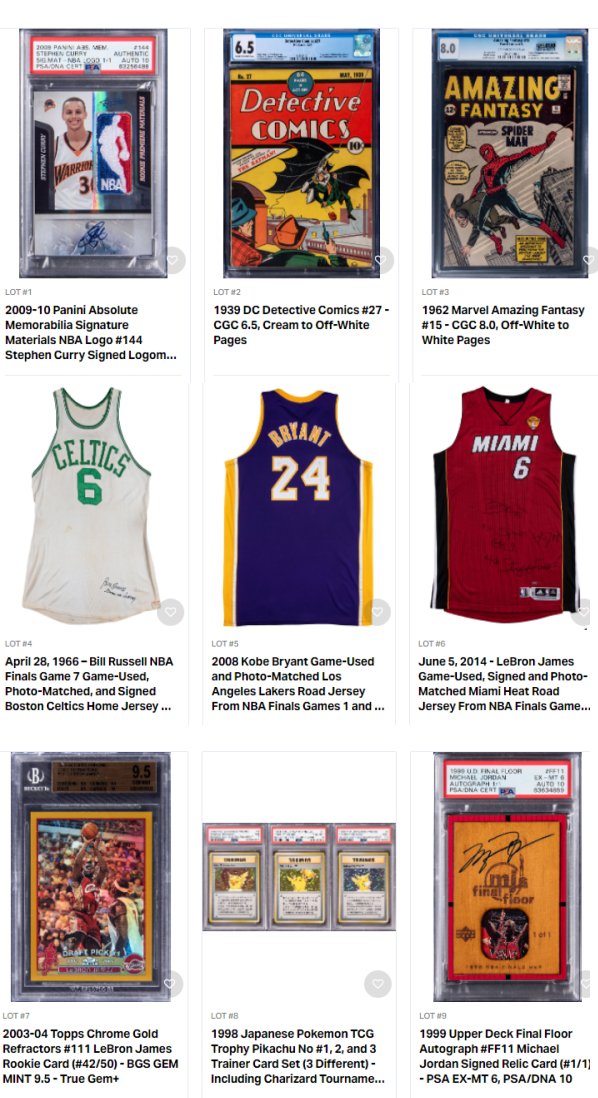 The game-used items up for sale include:

“This a historic sale for the industry because never before have there been so many culturally relevant pieces of NBA history available in this way,” said Goldin Executive Chairman and Founder Ken Goldin. “As we watch the games of young stars in the playoffs this year, we also expect jerseys from these icons of the game to break a number of records.”

Other unique basketball items featured in the auction include an authentic ticket stub from Wilt Chamberlain’s famous 100-point game on March 2, 1962 and the 1973-74 NBA Most Valuable Player trophy that was awarded to Kareem Abdul-Jabbar.

The Goldin Elite Auction is a carefully curated sale of the rarest and most sought-after collectible items across sports, comic books, pop culture, movies, music and more. For the complete list of items, visit: https://goldin.co/buy. Featuring more than 700 items overall, the auction is predicted to snatch industry records when it closes on May 21.