Collected by Business Partner Rodney Everhart, Michael Jordan & Rodney Everhart connected in the mid 1980s and in time became business partners at a car dealership in North Carolina.  Rodney was present at many NBA finals and in the locker room following the Bulls last dance Chicago Bulls sixth NBA championship of the 1990s.  Rodney collected items and paraphernalia during Jordan’s early career and through the height of their success including items such as a 1986-89 Practice jersey, undershirt, compression shorts and socks that were left in his vehicle following a round of Golf with Jordan where he picked Jordan up directly from practice.  Rodney was also gifted four Chicago Bulls Championship Rings by Jordan and a watch to commemorate five of their championships. 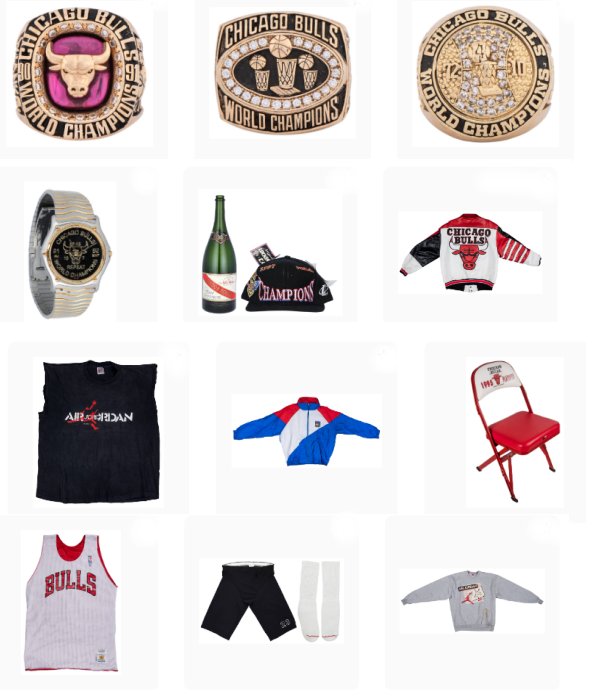 The collection also includes a champagne bottle used in the locker room during the last dance. Everyone who has watched the documentary “The Last Dance” knows that the celebrations in the Bull’s locker room were pure joy and madness. These offered items, which can be seen in both the locker room and the piano scene in Jordan’s hotel, come directly from the celebrations that ensued after the Bulls secured the NBA title. The owner of these items, Rodney Everhart, can be seen with Jordan in the locker room and piano scene during the final episode of the documentary.

Other items include a 1992 Olympics jacket, a Bulls leather jacket worn by Jordan and many other unique one of a kind items collected for more than a decade. 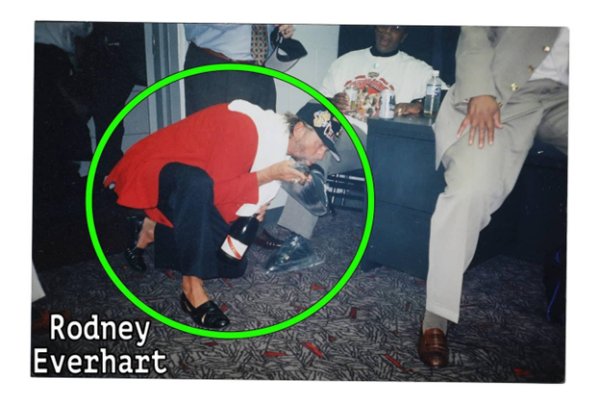