The opening bid for the ball is $1 million and experts expect it will challenge the all-time record of $3.1 million paid for Mark McGwire’s 70th home run ball.

Since Youmans – a vice president at a branch of Fisher Investments – caught the ball, he has kept it locked away in a safety deposit box. After he selected Goldin from a long list of high-profile global auction houses and marketplaces to handle the sale, company founder Ken Goldin dispatched an armed, professional security team to retrieve the ball and transport it to a secure location. The ball has been carefully and meticulously photographed and recorded, providing potential buyers with an up-close look at this once-in-a-lifetime item. 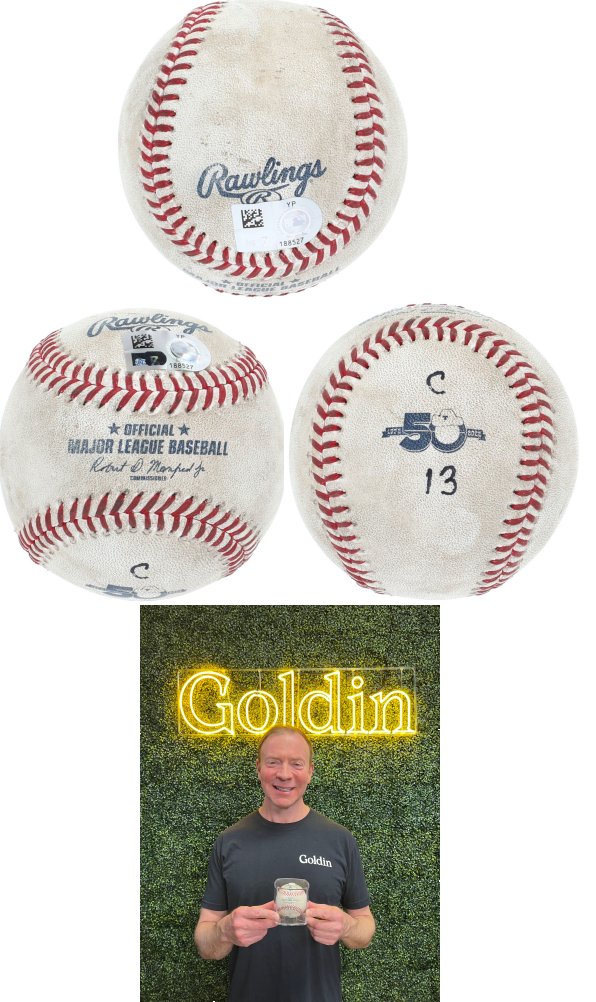 “Home run balls have a unique place in the collectible industry for a few reasons,” said Goldin. “Unlike bats or jerseys which players and teams technically own, a home run ball is the immediate property of whatever fan catches it. In this case, this particular ball was basically a winning Powerball ticket. Aaron Judge is an absolutely monumental and beloved figure in New York and across sports and this will almost certainly be the highest price paid for any baseball ever. For years, Goldin has been selected to handle the sale of some of the most valuable and significant collectible items ever and we’re proud to be entrusted with a part of this historic event.”

Credit-approved buyers can begin bidding on the ball as part of Goldin’s December Elite Auction, which opens November 29 and runs through December 17. The item preview for the ball is live at goldin.co.

Goldin has built a sterling reputation as the leading marketplace for trading cards, collectibles and memorabilia. Over the years, the company and Ken Goldin have sold more than $1.5 billion in memorabilia from many of the biggest names in sports, history, and pop culture, setting countless records in the process. The company has handled more than 40 individual items worth more than $1 million – including the $7.25 million private sale of a Honus Wagner T-206 trading card –  as well as record-breaking sales for items featuring all-world athletes including Michael Jordan, LeBron James, Mike Trout, Serena Williams, Mia Hamm, Kobe Bryant and others.