In addition to the ball, the experts at Goldin have curated an auction with an incredible assortment of game-worn jerseys, trading cards and other memorabilia that every collector will be sure to love.

“The holiday season is a time to remember what’s important – family, friends, togetherness, one-of-one trading cards, game-worn jerseys and iconic memorabilia,” said Goldin Executive Chairman and Founder Ken Goldin. “Our December Elite auction features the most important collectible of the year in Aaron Judge’s record-breaking home run ball as well hundreds of other incredible items. Regardless of what you collect, there is something for everyone.”

Bid, view and register for the auction at https://goldin.co/buy. 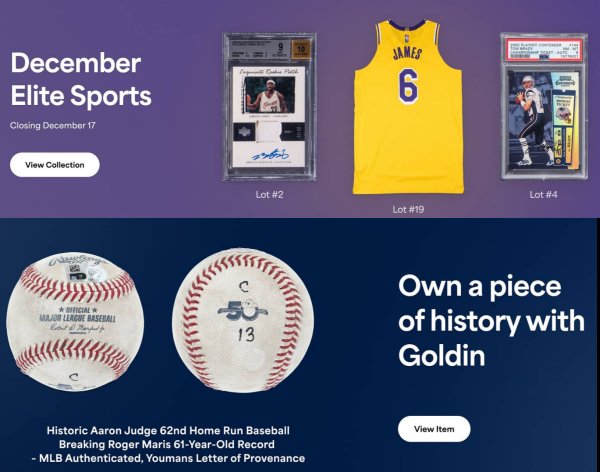 Goldin has built a reputation as the trusted leader in trading cards, memorabilia and collectibles.  The Sports Elite Auction is open and closes December 17, 2022. Goldin is also actively accepting consignments for future auctions. To inquire about consigning items, email Sell@goldin.co.