Goldin’s Sports Elite Auction Ends October 22, 2022.  As sports collectible items continues to soar in popularity, Goldin announces it has carefully crafted a one-of-a-kind collection featuring some of the most highly-sought after vintage trading cards, game-used apparel and memorabilia on earth. The auction is headlined by items from some of the most iconic and culturally significant sports stars like LeBron James, Tom Brady, Michael Jordan, Nolan Ryan and Lou Gehrig.  Bid, view and register for the auction at https://goldin.co/buy. 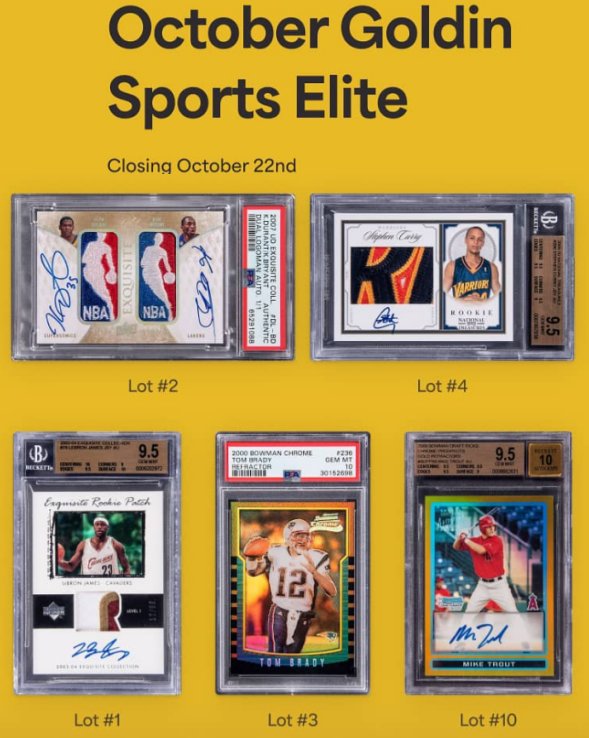 Goldin has built a reputation as the trusted leader in trading cards, memorabilia and collectibles.  The Sports Elite Auction is open and closes October 22, 2022. Goldin is also actively accepting consignments for future auctions. To inquire about consigning items, email Sell@goldin.co.