Goodwin & Company’s Masterpieces and Uncommon Commons XLI is in progress and closes on Wednesday June 20, 2012 .  Goodwin & Company has selected 95 premium items for this auction and have scheduled our standard 800-900 lot catalog for next month which will end on July 26. There are no less than six quality Babe Ruth cards presented here including three 1933 Goudey cards of the “Bambino” graded near mint to mint. Register and Bid at www.goodwinandco.com.  Highlights include: 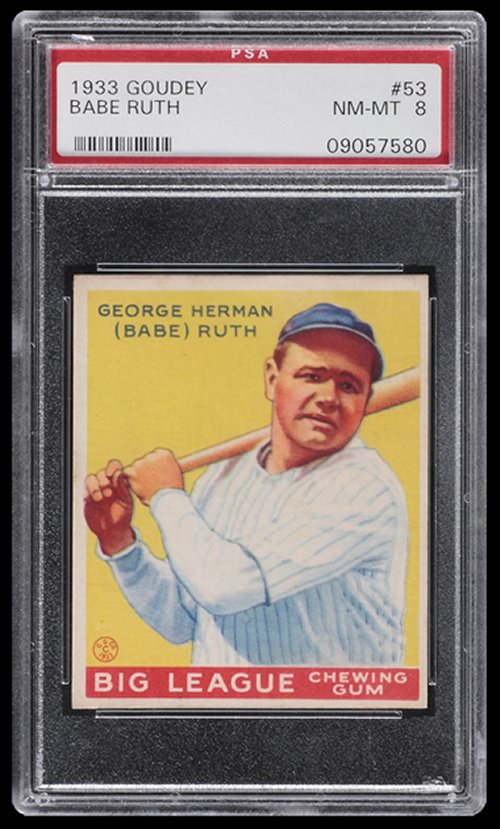 and the Highest Graded Copy on BOTH the PSA & SGC “Pop” Charts”!

Piedmont Copy; Only 1 Graded Higher for ALL Advertisement Backs”!