Don’t miss out on the Gotta Have Rock and Roll – Pop Culture Auction Ends December 9, 2022.  Bid, register and view items at www.gottahaverockandroll.com. A unique auction featuring an outstanding collection of 1,100+  items of Rock & Roll and Pop Culture memorabilia, autographs and more! Bid on the items now! 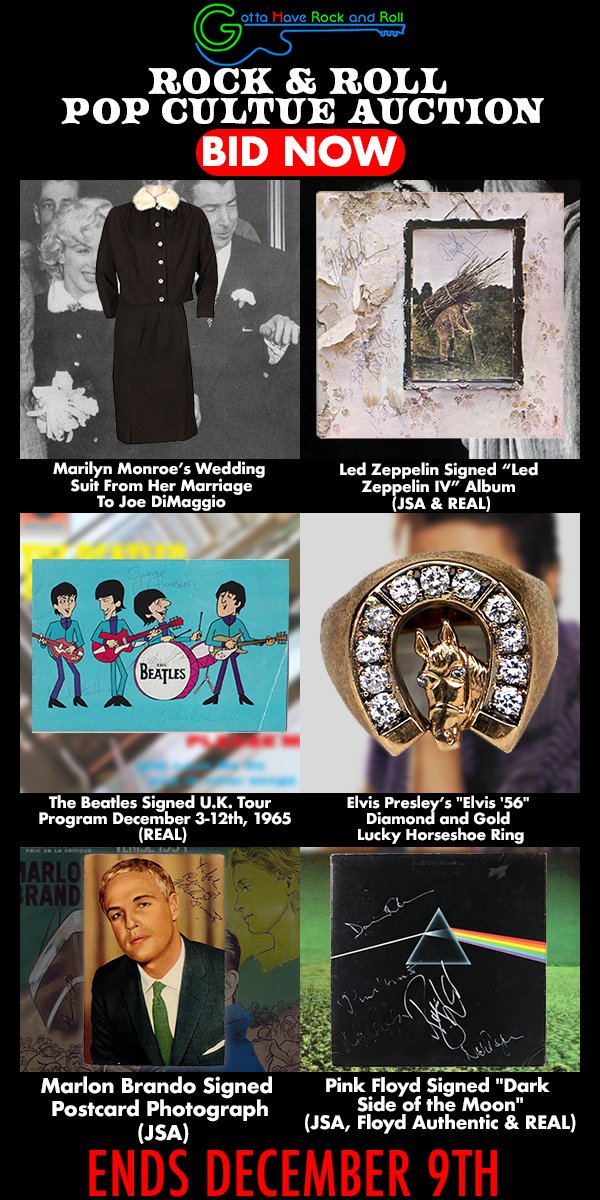