The landmark political memorabilia collection of David and Janice Frent – widely regarded as the largest and most comprehensive collection of its kind ever assembled – will debut Oct. 21 at Heritage Auctions. This is the first of eight auctions dedicated to the collection with items spanning everything from buttons to banners, from George Washington up through recent elections. The collection has never been displayed publicly, but a number of items can be seen illustrating the important two-volume reference work Running for President, The Candidates and Their Images, edited by eminent historian Arthur M. Schlesinger, Jr.  and published by Simon & Schuster in 1994.

“Presenting this monumental collection at auction will be quite a challenge,” Heritage Director of Americana Auctions Tom Slater said. “I have presided over the auction sale of some of the greatest political collections including those of U.I. ‘Chick’ Harris and Merrill Berman. But the Frent Collection dwarfs even those legendary holdings. We anticipate a minimum of eight quarterly catalog auctions of 500–600 lots each, and those will just include the more important pieces in the collection. The Harris and Berman collections each realized over $2 million dollars at auction, and the Frent Collection will unquestionably achieve multiples of that amount.” 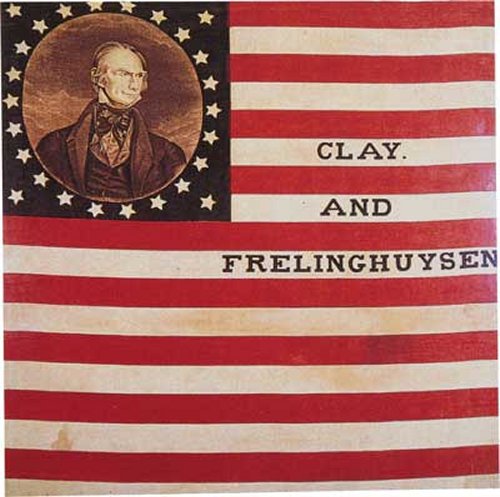 The collection was begun by the Frents when they were newlyweds nearly a half century ago, when they happened on a Mason jar containing some colorful turn-of-the-century political buttons including “Rough Rider” Theodore Roosevelt. Both already had an affinity for American history, and these tangible artifacts immediately caught their fancy. Little did they know that the chance discovery would ultimately result in a collection which has all but taken over the Frents’ spacious suburban home. “It’s hard to imagine living without the collection,” Janice said, “but over time the burden of being its custodians has grown harder to bear; it’s a great responsibility. Now we find ourselves looking forward to sharing these much-loved treasures with a new generation of collectors.”

While the profusion of rare and unusual objects is astonishing, the uniformly high condition standards maintained by the collectors is also remarkable.

“Over the years, prices of rare political items have risen to the point where many purchases amount to investment decisions,” Slater said. “When that occurs in a collecting field, condition becomes more and more important. But clearly this was a priority from day one for the Frents. That practice should pay real dividends for the sellers as we auction the collection. Many of the pieces are the finest we have ever seen, and that will not go unnoticed by bidders.”

“We always tried to obtain the finest condition available,” David said, “and if we had the opportunity to upgrade, we always took it. We weren’t thinking in investment terms in those days. We just wanted the most appealing examples we could find.”

All items in the October auction are available for viewing and interactive bidding at HA.com/6181.