Grey Flannel Auctions has announced the renewal of its exclusive partnership agreement with the Naismith Memorial Basketball Hall of Fame in Springfield, Massachusetts. The agreement extends the mutually beneficial arrangement that has existed between the two entities since the early 1990’s. 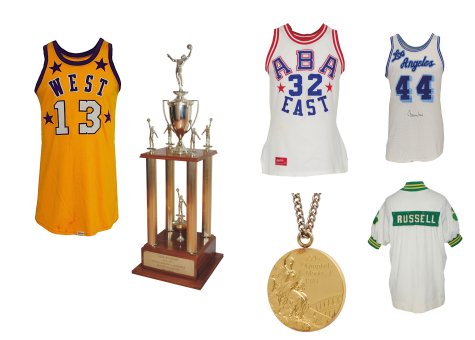 “We highly value the friendship and close working association that has developed between our company and the Naismith Memorial Basketball Hall of Fame over the past two decades,” said Grey Flannel Auctions’ president Richard E. Russek. “We are honored that the Hall chose to renew the arrangement that has worked so well for so many years.”

“With prices for authentic, game-worn professional basketball memorabilia skyrocketing, we foresee new world records in our annual Hall of Fame auctions,” Russek said. “Basketball has become a powerful international attraction, and its superstars and legends of the past are viewed as sports royalty everywhere on earth. When we can achieve prices like $156,000 for Dave Cowens’ Celtics MVP Award and $132,000 for one of Dr J’s All-Star uniforms, that tells you what basketball means to its fans.”

Highlights from past Basketball Hall of Fame auctions include:

Grey Flannel’s 2013 Basketball Hall of Fame Induction Auction will be one of the key events featured within a slate of activities scheduled for Sept. 6-9 at the Hall. For additional information or to discuss consigning to the auction, contact Grey Flannel by calling 631-288-7800 or e-mailing info@greyflannelauctions.com. Visit them online at www.greyflannelauctions.com.