Bidding for Grey Flannel Auctions highly anticipated Summer Games June 24th Auction closes tonight! Please note that our phone lines and servers tend to get very, very busy as we approach our 9:00 PM EST extended bidding cutoff and we recommend not waiting to the last-minute to place your bids.

INITIAL BIDS REMINDER | Initial bids must be placed prior to 9:00 PM EST tonight if you wish to participate in the extended bidding portion of our auction. Once in Extended Bidding, bidding on each lot will be limited to only those bidders who have previously placed their initial bids on that specific lot. For ongoing lots after the close of initial bidding, the 10-minute rule will be put into effect. The 10-minute rule means the auction will not end until there are no bids for the entire auction for a period of 10 minutes. The entire auction will close simultaneously, not one lot at a time. 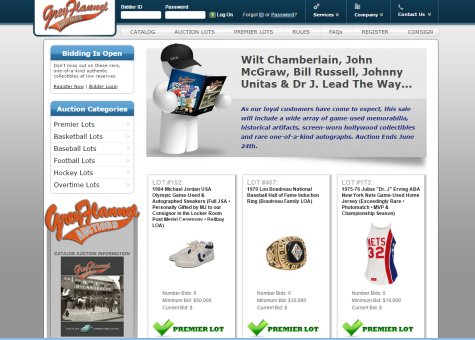