The esteemed Helms Athletic Foundation/LA84 Collection of 267 sports artifacts from America’s first true sports museum brought in $1,104,017to highlight the bidding wars in SCP Auctions’ 2014 Mid-Summer Classic which concluded early Sunday. The proceeds from the sale of sold items from the Helms/LA84 Collection will go toward advancing the work of the LA84 Foundation (www.LA84.org), a non-profit that funds youth sports in southern California. The top lot from the Helms/LA84 Collection was the prestigious John Moores Trophy, a sterling silver masterpiece that was established in 1938 to recognize the World’s Amateur Baseball Championship, which went for $195,072. In total, the auction of 850 sports memorabilia lots brought in a combined $2.9 million. 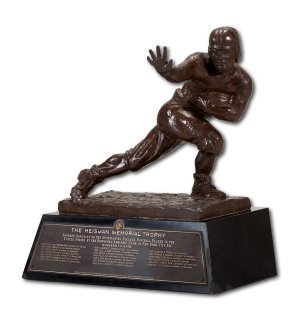 “The overall results of this auction were extremely impressive and proved that the market for the finest quality sports memorabilia continues to thrive,” said Dan Imler, Vice President of SCP Auctions.

Part 2 of The Newport Sports Museum Collection auction of John Hamilton’s privately owned assortment brought in $349,591, led by the sale of the circa 1976 Tony Dorsett signed University of Pittsburgh game-worn jersey that went for $15,180.

• Game Ball from 1916 when Georgia Tech obliterated Cumberland University 222-0 in football’s most lopsided game ever – $40,388

The buyers of the items wish to remain anonymous at this time. All prices include a buyer’s premium. The 1928 Lou Gehrig New York Yankees World Champions wristwatch and the 2012 game-worn and signed Texas A&M jersey from Heisman-winning quarterback Johnny Manziel both failed to meet their respective reserve prices.Full auction results are available at www.scpauctions.com.

SCP Auctions, Inc. has been a leader in brokering and auctions of important sports memorabilia and cards since 1979. The Southern California based firm conducts online auctions throughout the year, highlighted by their Premier Auctions in the spring and fall.  SCP Auctions has handled some of the most significant individual items and prominent collections in their field, such as the record-setting sale of the earliest known jersey worn by New York Yankees legend Babe Ruth ($4.4 million) the famed T206 Honus Wagner baseball card ($2.8 million) and Babe Ruth’s bat used to hit the first home run in Yankee Stadium ($1.3 million). Interested bidders can call (800) 350-2273 or visit SCP Auctions online at www.SCPAuctions.com for more information on how to participate.