Heritage Auctions’ April 18-19 Sports Card Catalog Auction established itself as the most lucrative of the 2019 season to date, blasting past pre-auction estimate tallies of $7 million to close with aggregate winning bids of $8.86 million. The auction provided no quarter for bargain shoppers, with huge prices recorded across all subgenres of graded singles and sets, unopened wax and boxes, condition-rarities and low-pop commons. No fewer than seven cards recorded six-figure prices.

“We’re certainly receiving a higher volume of consignment calls today,” said Chris Ivy, Director of Sports Auctions at Heritage. “The market remains strong, and these stunning results across the board are prompting some longtime collectors to consider selling.” 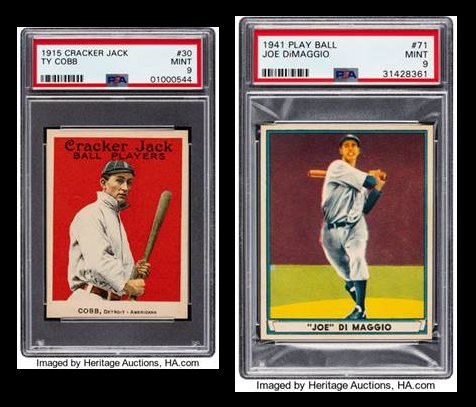 The storied T206 issue supplied some of the most vibrant fireworks on Thursday evening, with the rare Eddie Plank drawing $96,000 for a PSA VG-EX 4 specimen, and the condition-rarity common Joe Doyle (NY-Hands Above Head) crushing its $6,000 pre-auction estimate with a $40,800 result.

Other world record highlights include: