Heritage Auctions’ four-day Fall Sports Collectibles event was a record-breaker full of record-makers.  The auction, held at HA.com Dec. 10-13, realized more than $22 million, making it the largest sports auction ever held. It surpasses the previous sports-auction record of $21.8 million, which was set with the sale of the single-owner Barry Halper Collection in 1999. Ever since, that auction has been considered the hobby’s milestone event.

Heritage Auctions’ December sale was an event in every imaginable way, from the thousands of bidders who participated from around the globe to final prices that shattered all estimates and expectations up and down the auction’s all-star roster.

“The prices were extremely strong across the board, as the auction surpassed our preliminary auction estimates by more than 35%,” said Chris Ivy, Heritage’s Director of Sports Auctions. “This auction was a game-changer for sports collectibles, and it is clear that collectors and investors alike view cards and memorabilia as an alternative asset class with plenty of room left to grow.” 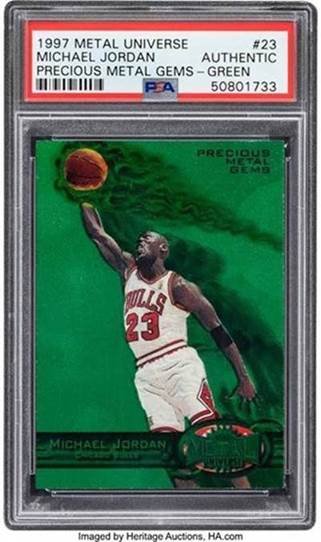 From this weekend’s auction, not only did the Canadian card featuring a fresh-faced Wayne Gretzky in his first season as an Edmonton Oiler become the first hockey card to sell for more than $1 million, but more than two dozen lots hit and well surpassed six figures. Among them: a 1997 Michael Jordan card that sold for $915,000; Babe Ruth’s 1933 New York Yankees contract, which realized $300,000; and a sweater Bobby Orr wore during the Boston Bruins’ Stanley Cup-winning season of 1971-72, which sold for $147,118.80.

For this event, there was no such thing an item too small, whether it was a 2016 Patrick Mahomes rookie card (the only known Panini Select ’17 NFL Draft XRC Gold Prizm Redemption graded PSA Gem Mint 10, which was estimated at $12,000 and sold for $192,000) or a game photo of Michael Jordan taken for a Wisconsin newspaper in December 1986 (it opened at $300 and realized more than $2,000).

“I am extremely proud of our entire Heritage Sports team,” says Ivy. “But more than anything, I’m thrilled for our consignors who helped us to break this longstanding industry record.”

The first day of the event began with the headline-making, record-breaking sale of Gretzky’s 1979 O-Pee-Chee debut – one of only two graded Gem Mint 10 by Professional Sports Authenticator. Early Friday morning, the card consigned by Dallas-based entrepreneur Patrick Bet-David realized $1.29 million — almost three times the previous record of $465,000 set four years ago, when there was but one PSA Gem Mint 10 known to exist.

Bet-David’s gem-mint-condition American version of Gretzky’s NHL debut card set its own record Friday morning when a 1979 Topps Gretzky graded PSA Gem Mint 10 — like its Canadian counterpart, one of only two to receive the perfect score — realized $720,000. Its previous sale record was $201,000.

“If you’re a serious investor, you may want to consider investing a small portion of your portfolio in cards,” Bet-David tweeted Friday, noting he’s been a card-collector since 1990. “I made 233% return in 17 months.” 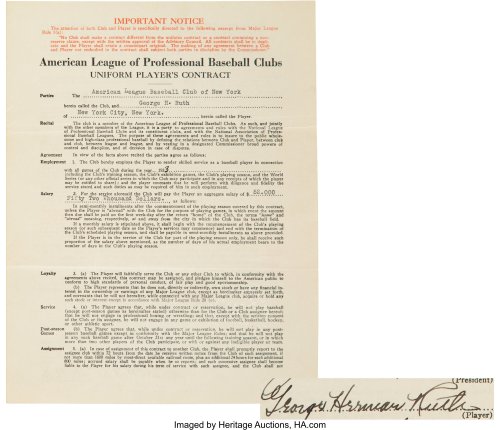 The event’s second-place finisher likely would have been a champion in any other auction, as the green-shaded 1997 Michael Jordan Metal Universe Precious Metal Gems realized $915,000 – almost twice its pre-auction estimate of $500,000. It’s a scarce card – there were only 10 printed. That is more than twice the price of the Jordan world-record rookie card, his 1986 Fleer graded SGC Pristine 10, which Heritage sold in August for $420,000.

Only a decade ago, baseball cards would have been the top-sellers in any sports auction, with football close behind. How times, and the hobby, have changed in such a remarkably short time. Still, slugging stars and heroic hurlers also outperformed their estimates in this auction – some, exponentially.

A 1916 M101-4 Sporting News Babe Ruth rookie card, found in a plastic baggie by a Miami artist, was part of a newly discovered, new-to-market collection. The Ruth card alone was estimated to sell for $200,000. Instead it nearly doubled that estimate when it sold for $360,000. Seventy-two years after his death, Ruth remains The Sultan of Swat.

But the Yankees legend wasn’t the lone home-run hitter.

The Dec. 10-13 Fall Sports Collectibles auction also featured as a centerpiece the Midwest Masterpiece Collection, which represents one of the hobby’s finest personal assemblies of high-grade rookies and other notable trading cards, with a distinct focus on the greatest figures of 20th century sports. This remarkable assemblage is the labor of love of Wisconsin resident Chris Ladd, who entered the hobby four decades ago.

“The Midwest Masterpiece Collection’s extraordinary success is a testament to Chris’ vision for his collection, which consisted of highly desirable high-grade, low population, rookie cards of both vintage and modern stars,” Ivy says.

A complete list of results from the Fall Sports Collectibles event is available here.

“The record-setting results of this auction are a confluence of numerous factors aligning to create these amazing results, which has made 2020 a banner year for the entire sports collectibles industry,” Ivy says. “And Heritage Auctions is proud to be at the forefront as an industry leader.”