Heritage Auctions’ Aug. 27-28 Sports Collectibles Platinum Night Auction – the first to conclude entirely in online Extended Bidding format – is anticipated to record the highest sales tally of any 21st century sports collectibles auction when it closes to expectations of more than $10 million in total sales Aug. 27-28 on HA.com.

“With every world record price we record, the calls from top collectors increase,” said Chris Ivy, Director of Heritage Sports Collectibles. “We have literally dozens of six-figure lots on offer as a result.”

Elite trading cards figure heavily into that tally, with multiple high-grade examples of the most coveted post-war card of them all, the 1952 Topps Mickey Mantle 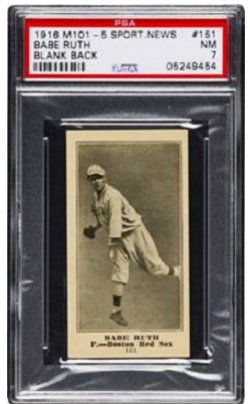 It is the most significant baseball photographic archive ever offered at auction. Other historic offerings include the only game used bat that can be definitively dated to Jackie Robinson’s 1947 rookie campaign ($300,000+), and the very last cap ever worn by Babe Ruth as a player ($150,000+). Heritage will also offer the only known photo-matched jersey from the Hall of Fame career of Christy Mathewson ($400,000+). 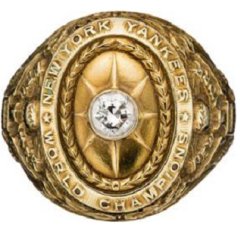 Two special collections are worthy of note as well. The estate of recently departed legend Ernie Banks provides a selection of personal relics including his Hall of Fame induction ring ($100,000+) and his 1958 “Babe Ruth Sultan of Swat Award” Crown (est. $150,000+), plus an extraordinary assembly of material from various Baseball World Tours, including one of only two known Herb Pennock game worn jerseys in private hands (est. $60,000+).

For collectors concentrating on the modern gridiron, three important Brett Favre jerseys are on offer, deriving from his last game as a representative of the Green Bay Packers, the last game of his fabled consecutive games streak, and the last jersey of his NFL playing career.

A stellar line-up of signed balls:

The hobby’s Hall of Fame of cards: