The leading forces of the sports collectibles marketplace will collaborate for a series of special auctions as Heritage Auctions, the world’s largest sports collectibles auctioneer, presents the remarkable, personal T206 collection of David Hall, founder of Collector’s Universe. Hall’s comprehensive premier tobacco card issue is the hobby’s most complete set known to exist. The first portion of the collection will span three auctions, held in July, September and December of 2019, and the full collection is expected to command nearly $8 million in total.

The uniquely tailored marketing campaign for the equally unique collection includes a nationwide tour to Heritage’s New York, Chicago and Beverly Hills offices, and then to sale on the industry’s most heavily-trafficked website, HA.com. 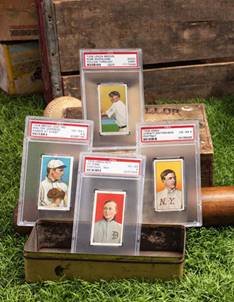 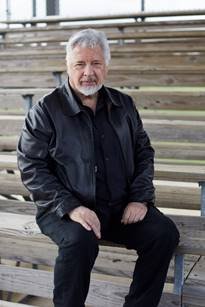 variations, such as Ty Cobb with Cobb back, Ty Cobb Red Hindu and the only near-complete Sovereign set ever assembled.

“There’s probably no single figure on the planet who has done more for my profession than David Hall,” explained Chris Ivy, Director of Heritage Sports. “It’s hard to imagine the sports collectibles industry without the authentication and grading structures Hall innovated. Every collector who has ever earned a dollar in this business owes him a debt of gratitude.”

Hall’s own passionate and deep research into the T206 issue has been essential for hobby scholarship. His work uncovered census data for players and advertising back combinations as well as previously unknown variations that are expected to garner record prices. His research has identified and helped lead to the acquisition of more than 5,000 different player/back combinations – a record that will likely stand for eternity long after the collection finds new owners during these high-profile auctions.

Highlights from Part 1 of the David Hall T206 Collection include:

Heritage Auctions’ presentation of The David Hall T206 Collection launches this July only on HA.com.