Heritage Auctions’ history-making, headline-grabbing and hobby-altering Aug. 27-28 Summer Platinum Night Sports Auction will forever be known as the auction that set the record for the world’s most valuable sports collectible: the SGC Mint+ 9.5 1952 Topps Mickey Mantle rookie card that sold Sunday morning for $12.6 million. Never before had a sports card or collectible of any kind broken the eight-figure mark until this mythic Mantle, a work of art adorning a palm-sized slab of cardboard, stepped up to the plate.

Yet the mint-condition Mantle was far from the $39,183,299 auction’s lone leap into history. Nearly 2,800 bidders worldwide helped rewrite the sports-collectibles record book this weekend. In fact, more than 40 records were set during the auction, which saw an astonishing 45 lots sell for six figures and above. 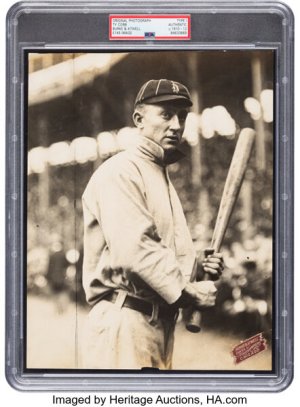 “The eyes of the collecting world were focused on this historic auction, and we’re pleased to report that the sports collectibles market continues on its bullish run,”  says Chris Ivy, Director of Sports Auctions at Heritage. “Whether it was for cards, bats, photographs or championship rings, we saw strong participation from both hobby veterans and newcomers alike, all battling to give these treasures new homes in collections all over the world.”

Babe Ruth’s game-used and signed bat, which dates from 1918 to 1922, sold for $1.68 million to become the most valuable game-used bat ever sold at auction. A Ruth card likewise set a new record, when a 1948 Leaf Babe Ruth graded PSA Mint 9 realized $540,000, the most ever paid for that example. 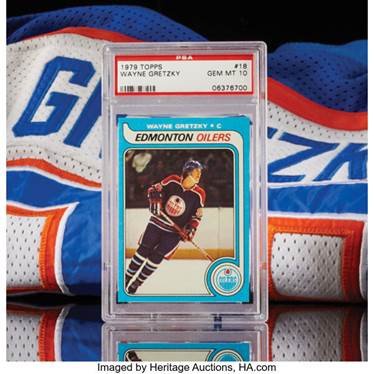 Wayne Gretzky’s 1979 Topps rookie card graded Gem Mint 10 sold for $1.2 million to become the first of its kind to crack seven figures. The only other known PSA Gem Mint 10 example of Gretzky’s American-card debut sold in 2020 for $720,000. After this weekend Heritage now holds the records for both Gretzky’s Topps and O-Pee-Chee (at $3.75 million) rookie cards – the greatest ones from The Great One.

Hall of Fame linebacker Dave Robinson’s rings from Super Bowls I and II each realized $174,000 – the highest 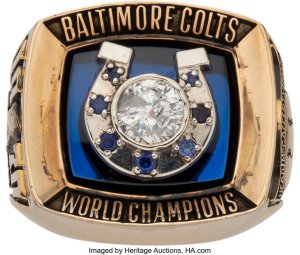 As newly appointed Heritage Sports Executive Vice President Joe Orlando noted this weekend, “bidding for Wilt went full-tilt.” He was referring specifically to the signed 1961 Fleer Wilt Chamberlain rookie card that sold for $144,000, the most ever paid for a card autographed by the only man to ever score 100 points in an NBA game.

Soccer scored, too, in this auction: A 2018 Panini Prizm World Cup Soccer Kylian Mbappé (Gold Prizm), graded PSA Gem Mint 10 and numbered 3/10, sold for $216,000. That shatters this card’s previous record of $121,000, and is a record for any card featuring the French footballer.

A 1949 Bowman Satchell Paige card from the Hall of Fame pitcher’s Major League debut, graded PSA Mint 9, sold this weekend for $228,000, the most ever paid for that example. This auction likewise set a record for a Japanese card, this one featuring none other than 868-home-run-hitter Sadaharu Oh. The Yomiuri Giants legend’s 1959 Marumatsu Scoreboard rookie card, graded PSA Mint 9, sold for $72,000.

And this was the auction in which Hulk smashed a record – Hulk Hogan, that is. The only known 1982 Cosmos Hulk Hogan rookie card graded PSA Gen Mint 10 sold for $51,600.

In the end, though, this auction all comes down to Mickey Mantle and his 1952 Topps debut, which set more than just the one record. As some bidders vied for the SGC Mint+ 9.5 example, others turned their attention to the PSA NM+ 7.5 that wound up selling for $705,000, making it the most valuable example at that grade.