It’s been 4 ½ years since a PSA 9 Mickey Mantle rookie card has come to auction, but that drought will end soon.  Memory Lane will launch its Fall Rarities Premium Auction on November 12, featuring one of the PSA 9 MINT copies of Mantle’s first trading card.  Bidding will open at $500,000 but given the meteoric rise for Mantle cards—and iconic cards in general—it’s expected this one will take at least $4 million to own.  The last one copy offered went for $750,000 in April of 2018.

The card is part of a stunning, 15-card consignment of high-grade mainstream Mantle cards pieced together by an East Coast collector over the last ten years or so. 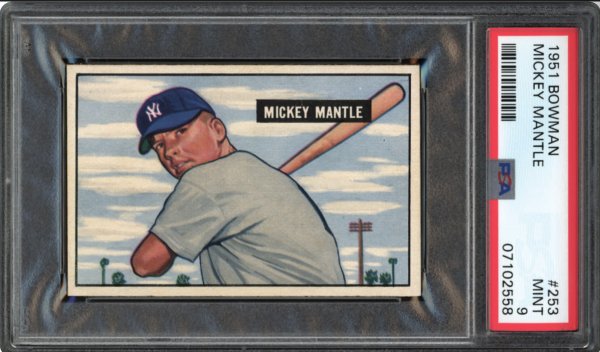 The group represents one of the best Mantle collections ever assembled or auctioned.

The majority of the cards represent the highest grades recorded on PSA’s Registry, save for one or two examples rated higher.

At the same time Goudey was distributing its first comprehensive card set, the DeLong Company was producing a much smaller, unique set of its own and the Memory Lane Fall Premium Auction will offer the top ranked set on PSA’s Set Registry.  It will be the first time the set has been offered at auction.

Including a PSA 8 Gehrig, the DeLong group boasts a GPA of 8.973. It’ll be offered as a complete set, but if the cumulative total of bids on the individual cards is greater, it will be broken and cards distributed to individual bidders. 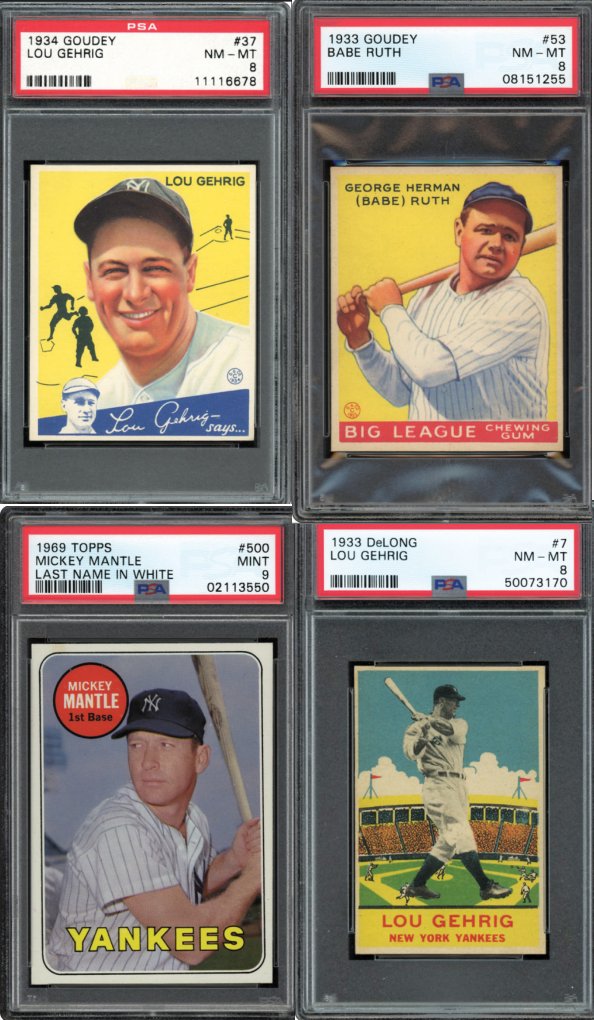 The second best 1934 Goudey Baseball set is also part of the 177-lot auction.

Bidding will run from November 12-December 3 at MemoryLaneInc.com. Register to Bid or request a catalog at memorylaneinc.com or 877.606.LANE (5263).