Autumn has always been the season for falling leaves, but a pair of 1948 Leaf cards soared to new heights last Thursday night. Heritage Auctions’ Nov. 15-16 Fall Sports Card Catalog Auction drew winning bids for a PSA NM-MT 8 Satchel Paige and a PSA Mint 9 Jackie Robinson of $432,000 and $336,000, respectively, becoming the two most expensive sale prices from the hobby’s first great post-war issue. Together, the pair of cards accounted for nearly 10 percent of the final auction tally of $8.5 million.

“I’ve lost count of how many trading card world records we’ve broken in 2018,” said Chris Ivy, Director of Sports Auctions at Heritage. “This might be the strongest bull market we’ve seen in the hobby, and that’s why the top cards keep coming out of the woodwork. We expect more of the same in 2019.” 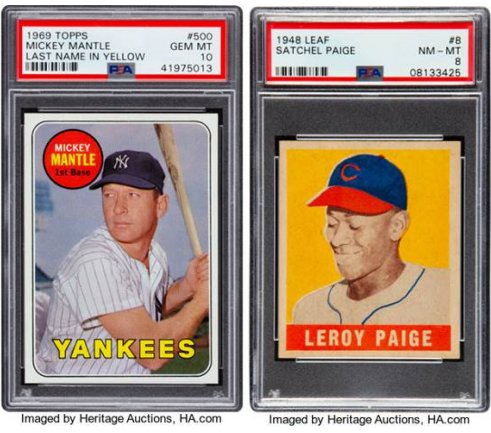