A pair of iconic pre-war baseball cards led the bidding in SCP Auctions’ 2016 Mid-Summer Classic online auction, which concluded early Sunday morning. The top card, which sold for an astounding $667,189, is one of just two examples of the legendary 1909 E90-1 Joe Jackson American Caramel card graded NM-MT 8 by third-party authenticator PSA Cards with none graded higher. Jackson’s E90-1 representation is one of just a handful of Joe Jackson cards issued during his playing days and is indisputably recognized as his rookie card. The second card, a 1909-11 T206 tobacco issue of Detroit Tigers Hall of Fame center fielder Ty Cobb, is one of the hobby’s finest of “The Georgia Peach” from the most celebrated card set of the era issued at the peak of Cobb’s dominance. The beautifully preserved card, which received a grade of “Mint 9” from PSA Cards, sold for $488,425.

”We are thrilled with the results of our biggest Summer auction to date,” said SCP Auctions’ Vice President Dan Imler. “The market for ‘best of the best’ sports cards and historic memorabilia continues to show incredible strength.” 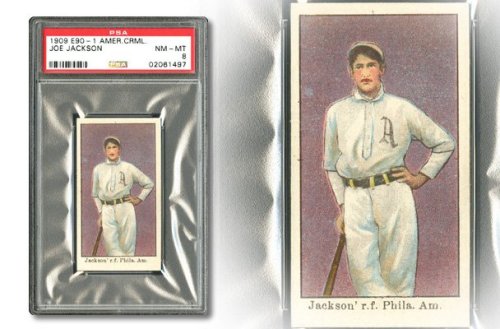 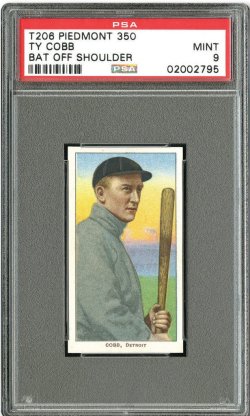 The Robin Yount Collection, meanwhile, was led the sale of two coveted pieces from the Hall of Famer’s impressive career: his signed and game-used “3000th Hit” bat ($48,841) and signed and game-used “3000thHit” baseball ($34,176), both achieved on Sept. 9, 1992, at Milwaukee County Stadium versus the Cleveland Indians. Said Yount: “I’m extremely pleased and flattered by the results of the auction. And I’m happy that faithful fans of the Milwaukee Brewers and baseball in general can enjoy some of these mementos.”

About SCP Auctions
SCP Auctions, Inc. has been a leader in brokering and auctions of important sports memorabilia and cards since 1979. The Southern California based firm conducts three online auctions every year, highlighted by its Premier Auctions in the spring and fall. SCP Auctions has handled some of the most significant individual items and prominent collections in their field, such as the record-setting sale of the earliest known jersey worn by New York Yankees legend Babe Ruth ($4.4 million), the sale of the 1857 “Laws of Base Ball” documents ($3.26 million), the famed T206 Honus Wagner baseball card ($2.8 million) and the only known Jesse Owens’ gold medal from the 1936 Berlin Olympic Games ($1.4 million). Interested bidders can call (949) 831-3700 or visit SCP Auctions online at www.SCPAuctions.com for more information on how to participate.