On June 8, Hindman Auctions will present its Sports Memorabilia auction, which will offer objects that reflect legendary athletes across multiple sports. Items will showcase athletes such as Michael Jordan, Peyton Manning, Mickey Mantle, Joe DiMaggio, Babe Ruth, Jackie Robinson, Muhammad Ali, and Tiger Woods. The auction features property from the collection of acclaimed journalist and author Allen Abel. Spanning Abel’s career of over four decades, the collection includes on-site ephemera from some of the most celebrated moments in sporting history.  The current auction takes place May 17 – June 8, 2021.  Bid, view and register for the auction here. 250+ items of amazing sports memorabilia, sports cards and more!

Standout lots spotlight baseball greats, such as a 1952 Topps Mickey Mantle Rookie baseball card No. 311 that is PSA Authentic (lot 17; estimate: $20,000-30,000), which is considered by collectors to be among the most important cards ever printed. A 1930s Spalding Babe Ruth Special baseball signed by Ruth and fellow Yankee legend Lou Gehrig (lot 137; estimate: $10,000 – $15,000) is another highlight from the golden age of the National Pastime. Another item of note for Yankee fans is the 1936 World Series Champion team signed baseball (lot 114; estimate: $5,500-7,500), which features Gehrig, Joe DiMaggio, five future Hall of Famers, and 14 other members of the roster that won the Yankees their fifth title and their first without Babe Ruth.

Also on offer in the June auction will be an important 1955 Negro Baseball All Stars barnstorming tour signed program, including autographs from Willie Mays, Hank Aaron, Ernie Banks, and Larry Doby (lot 103; estimate: $2,000-3,000). Willie Mays said the 1955 Mays-Don Newcombe team of African American Major League players might have been “the best team ever assembled.” The team compiled a 28-0 record as it courageously played games across a deeply segregated south and southwestern United States. This rare and historically significant item would be a fantastic addition to any baseball collection.

Bidding for the June 8 auction is online only and will begin at 10am CT. Private previews of the auction are available at Hindman’s Chicago office by appointment.

Hindman’s Sports Memorabilia auctions encompass a comprehensive range of categories including competition-used artifacts, athlete personal property, autographed memorabilia, trading cards and unique ephemera that includes programs, posters, pennants and tickets. This department builds on Hindman’s record of realizing strong results from sports memorabilia auctions including the historic sales of property from Chicago Stadium and Comiskey Park along with items from the collection of Hall of Fame baseball announcer Ernie Harwell. 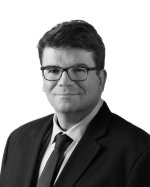 James Smith is the Sports Memorabilia Specialist at Hindman.
Mr. Smith joined Hindman in 2018 and has been personally active in the sports memorabilia industry for four decades, bringing an extensive knowledge base across all collecting categories. He regularly attends sports memorabilia conventions throughout the country to gauge the latest demands within the sports memorabilia market. Prior to joining Hindman, Mr. Smith enjoyed an award-winning career in journalism, creating memorable newspaper covers and sports pages as Page One Editor at the Chicago Sun-Times.

Complimentary Auction Estimates and Consignment Information​
You are welcome to submit items electronically or to contact any of our offices directly.​​ Our specialists are eager to help you learn more about your collection and current auction sale estimates. ​