A good piece of memorabilia tells a story. Al Tapper figured that out a long time ago and now his remarkable collection of items from past greats–many of a very personal nature–will be coming to market. Tapper has consigned dozens of items to SCP Auctions for its upcoming catalog sale–from the original Yankee Stadium home plate to Knute Rockne’s rosary to personal letters penned by Babe Ruth, Jackie Robinson and Mickey Mantle, among others.

Tapper’s a long-time storyteller himself. Playwright, composer, humorist, lyricist, documentarian…you name it, he’s done it… so it stands to reason that his collection would be cut from the same cloth. The items span a near century of American history. 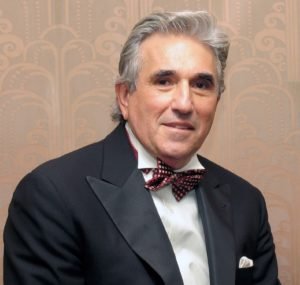 “My interest in history dates to my grammar school days, so I decided to start a unique and historical collection which I titled, ‘One of a Kind,’” Tapper explained in a letter to bidders that will be published with the catalog. “The collection did not have to be filled with politics, or entertainment, or sports. It just needed to be comprised of items that fit the bill of, “One of a Kind.” 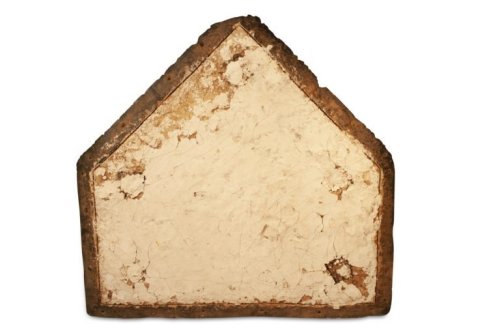 Baseball was a focal point. According to Sotheby’s, which sold the Yankee Stadium home plate in 2004, it was recovered during the stadium’s 1970s renovation and wound up being purchased by former Kansas City Royals owner and avid collector Avron Fogelman some time later. It carries a $300,000 presale estimate.

The eclectic collection also includes several handwritten and signed letters from the likes of Ruth, Robinson, Mantle, Joe DiMaggio, Marilyn Monroe, Jackie Kennedy, Mario Puzo (The Godfather), and others. Each letter and note offers a sneak peek into the personal and professional lives of sports legends, Hollywood actors and socialites. Some highlights from the group include a 1922 letter from Ruth to his mistress, Puzo pleading with Marlon Brando to play Don Corleone in his upcoming feature, The Godfather, a correspondence between DiMaggio and Monroe and another group of five letters from Mantle to his wife Merlyn during his 1951 rookie season.

A LeRoy Neiman original drawing of Mantle from 1967 is another one-of-a-kind piece.

While Yankees-related memorabilia abounds, Tapper wasn’t above a good Red Sox item, calling the cleats from Ted Williams’ final game “one of my favorite and most cherished pieces.”

Boxing reclics include Sugar Ray Leonard’s fight worn gloves from the 1980 bout vs. Roberto Duran that originated from the Angelo Dundee family collection. Duran’s gloves from the same fight are also offered.

Perhaps the most unique and likely most sought-after artifacts that will be offered is Knute Rockne’s personally owned rosary beads and cross that were in his possession when the plane in which he was flying crashed into a Kansas field in 1931, killing all on board.

Also included in the extraordinarily rare group of lots is Bobby Thomson’s 1951 New York Giants cap worn to hit “The Shot Heard Round the World.” The cap had previously been on display at the National Baseball Hall of Fame and comes with “impeccable photo provenance,” according to the auction house.

“It has been a labor of love and as much as I would love to continue the collection, I am older and realize there is a time to collect and a time to sell. I have unfortunately reached that point in my life where the time to sell has reared its ugly head,” Tapper says. “I sincerely hope that those who take possession of these classic invaluable items will enjoy them as much as I have.”

Bidding is set to open March 17 with the auction running through April 3 at SCPAuctions.com. 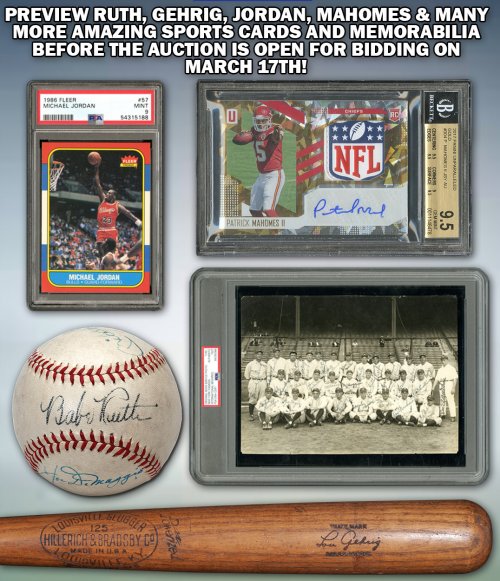