The historic vest and helmet that were worn by Jockey Victor Espinoza during his Triple Crown performance in 2015 are being offered in auction currently at Steiner Sports. Auction Manager Dave Amerman has explained, “This is the first time a Horse racing item of this significance has been offered in public auction. What makes this item particularly valuable is the 37 Year gap between Horse racing’s prestigious triple crown winners.”

Victor Espinoza signed an exclusive memorabilia deal with Steiner Sports in 2015 during the historic Triple Crown run and this item comes directly from Espinoza. Espinoza has shared the vest prior to consignment on his social media and explained that this vest has extreme sentimental value to him. The vest and helmet were worn in multiple other races he had won as well. 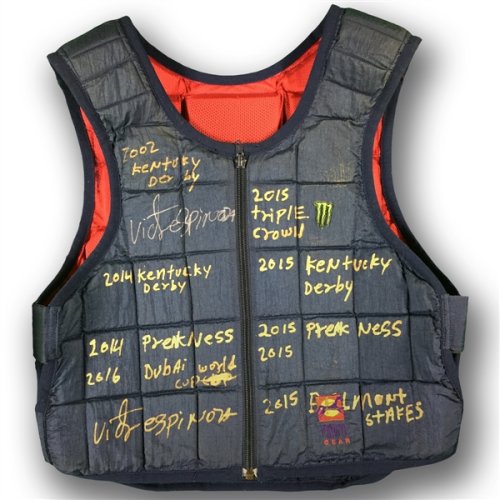 On the vest Espinoza has written the dates of multiple races he won and twice signed the vest. On the helmet there is white out markings of P, B, and B which indicate his wins at each of the three races. Both items come with a letter of authentication from Victor Espinoza and a portion of the proceeds are being donated to charity. 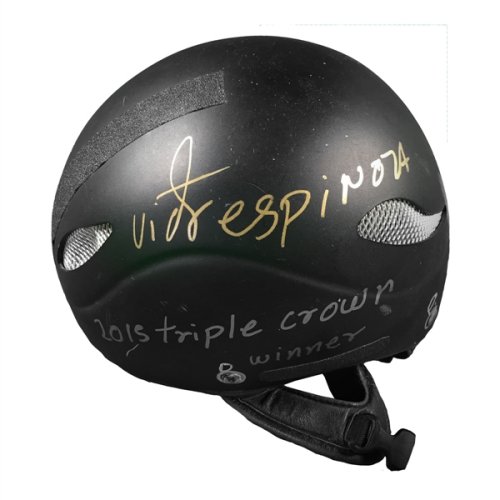 The items can be found at auction.steinersports.com.