Three days after the date of the document, American lawyer and soldier William Barret Travis wrote a letter, possibly the most famous document in Texas history, calling on Texans in particular and Americans in general to come and help defend the Alamo, vowing never to surrender or retreat and adding the words “Victory or Death” before his signature. 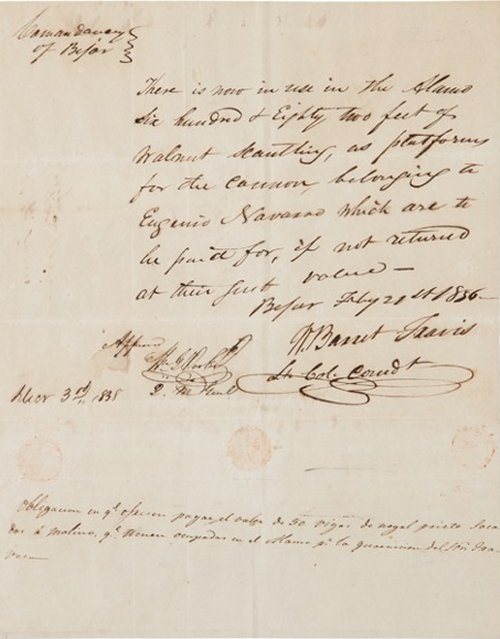 The auction’s top lot honors included two rare maps: A.R. Roessler’s 1874 Latest Map of the State of Texas, considered the best contemporary records of agricultural and mineral wealth, which sold for $35,000 following interest from five bidders, and J. Eppinger and F.C. Baker’s 1851 Map of Texas Compiled from Surveys Recorded in the General Land Office, which sold for $32,500.