LeBron James first made headlines not for his performance on the court, but rather when he received a 2003 H2 Hummer as a birthday present from his mother Gloria when he turned 18 on December 20, 2002. The controversial vehicle, which was eventually deemed a legal gift by the Ohio High School Athletic Association, will be offered at auction in the Goldin Auctions 2018 Holiday Auction from Nov. 19 through Dec. 8 at GoldinAuctions.com.  The auction is open.

The 2003 H2 Hummer, which has 28,532 miles and is still in full working order, was featured on the TV show “Unique Whips”, which aired on the Speed Channel from 2005-2008. During one of the episodes, this Hummer was painted white from its original pewter color. This massive vehicle still has the bells and whistles, including 28-inch rims, multiple TV screens, a JBL sound system, a PlayStation, DirecTV TracVision and a custom chrome grille. It has been on display at the Greater Cleveland Auto Auction since it was purchased in January of 2014. GCAA has complete and detailed documents from the state of Ohio regarding ownership of this vehicle.

“This vehicle is a foundational element of the LeBron James story. Before he was known as one of the greatest players in basketball history, LeBron was introduced to the world as the high school basketball players from Akron with the H2 Hummer,” said Ken Goldin, Founder of Goldin Auctions.

Incredibly, LeBron’s H2 Hummer is one of two classic vehicles with an NBA connection being offered in the auction along with a one-of-a-kind 2002 Aston Martin Vanquish Signature Car created by Aston Martin to celebrate the 50th anniversary of the Basketball Hall of Fame. The two-door luxury coupe features a 460 HP, 5.9-litre V12 engine with a 6-speed overdrive enabled transmission. This is not just any old Vanquish which rolled off the assembly line, but one which is the Official 50th Anniversary Hall of Fame car, a one-of-one car featuring the signatures of over 50 basketball Hall of Famers. The vehicle is custom wrapped, with a basketball and ESPN insignia on each side, and the Children’s Safety Network logo and “50th Anniversary Hall of Fame” on the hood. The car was originally obtained directly from the Children’s Safety Network in 2012 as a charitable purchase. 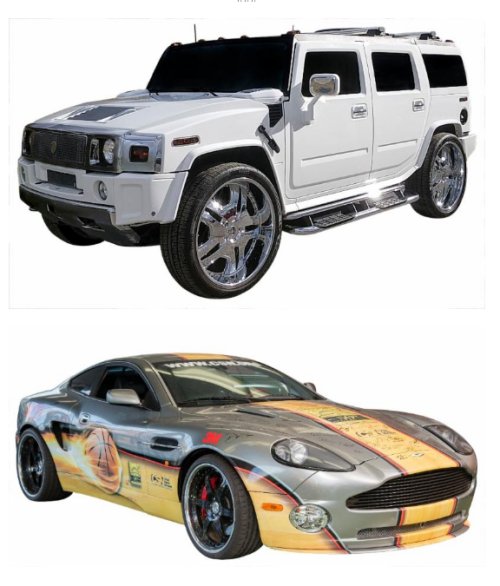