The classics never go out of style.  Such was the case at Heritage Auctions’ Vintage Movie Posters Auction March 25-26 in Dallas, when several posters sparked a frenzy of competitive bids, driving their ultimate sale prices well beyond their pre-auction estimates.

The top lot in the event was a poster from The Invisible Man (Universal, 1933), and the final price soared all the way to $274,850 – more than four times its pre-auction low estimate. Universal Studios did not often produce an Advance or Teaser one sheet, but when it did, the results were sensational. This is an exceptional copy of what is considered by some to be among the greatest horror posters of all time.

Another poster that brought a six-figure return was this Casablanca (Warner Brothers, R-1953) 4-Fogli, which went for $107,550. The poster shows Ingrid Bergman in the legendary film in which she co-starred with Humphrey Bogart and Paul Henreid. Italian artist Luigi Martinati’s design shows Bergman in front of Casablanca, in French Morocco. Bergman brought elegance to the Michael Curtiz picture that helped it become almost universally accepted as one of the greatest films ever made. This example, which has a Very Fine grade and is mounted on linen, is considered one of the rarest and best posters ever made for the legendary film.

Several other posters from the iconic film enjoyed enormously successful returns, including:

Collectors clamored for images other iconic films, as well. 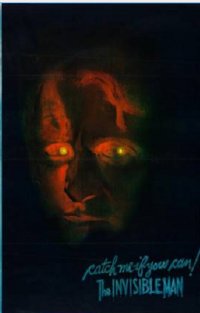 Numerous bidders pursued this Wizard of Oz (MGM, 1939) half sheet until it realized $71,700. This poster commemorates one of the most beloved movies of all time, a musical comedy/drama that has entertained viewers of all ages for more than seven decades. Judy Garland’s turn as “Dorothy” remains one of the most well-known roles in movie history, and the film has remained enormously popular, despite the fact that it was a financial disappointment. Noted for its use of Technicolor, it was nominated for six Academy Awards, losing the Best Picture award to Gone with the Wind but winning Best Original Song for Over the Rainbow and Best Original Score (by Herbert Stothart).

This lobby card from The Bride of Frankenstein (Universal, 1935), which brought in $51,385, heralded the follow-up to the 1931 horror classic Frankenstein and offered evidence that the sequel is not always inferior to the original. Four years after the first installment, Universal coaxed director James Whale to return, along with actors Boris Karloff and Colin Clive, to continue the story. Elsa Lanchester was the studio’s second choice, but ultimately landed the title role.