One week before Jackie Robinson’s original professional baseball contracts with the Brooklyn Dodgers and the Montreal Royals, were to be sold at auction, Goldin Auctions, has announced a temporary postponement of the auction to negotiate a deal to put the contracts on permanent public display and continue to promote his legacy for future generations.

“As we’ve stated throughout this process, our preferred outcome is to find a buyer interested in purchasing the documents prior to the auction who would guarantee a permanent public display of the contracts,” said Ken Goldin, Founder of Goldin Auctions. “Following the opening of the auction, we were contacted by an interested party who shares our goal of a permanent public display of the documents. Rather than using the auction as a deadline, we felt it was in everyone’s best interest to postpone the auction during the negotiations.” 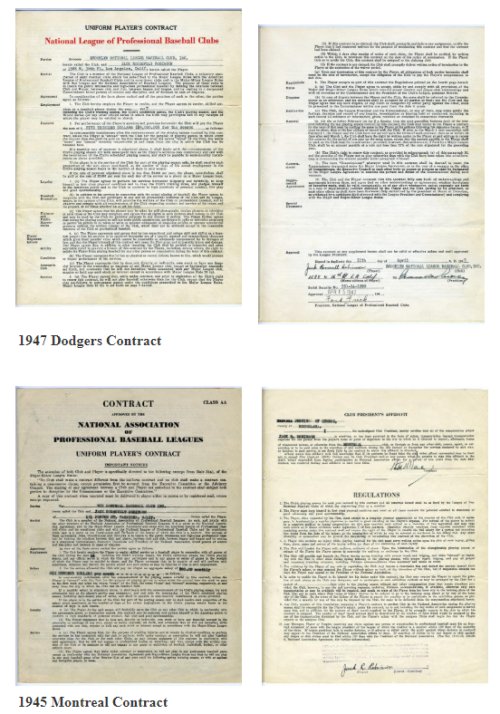 The two contracts, which are being offered as a single lot, were signed by Robinson on October 23, 1945, with the Montreal Royals and on April 11, 1947, with the Brooklyn Dodgers. The contracts have been authenticated by James Spence Authentication (JSA), Beckett Authentication Services and John Reznikoff of University Archives. They were appraised for $36 million by rare document expert Seth Kaller, who has appraised many comparable historical items, including Abraham Lincoln signed copies of the Emancipation Proclamation and Benjamin Franklin signed copies of the U.S. Constitution. The documents are currently insured and appraised by Chubb for $36 million.