Goldin Auctions is accepting consignments through February 28. In addition to Robinson items, the auction will also feature memorabilia from his Brooklyn teammates, the Negro Leagues and civil right leaders such as Muhammad Ali, Bill Russell, Martin Luther King and others. Goldin Auctions will donate 10% of all sales to the JRF to help complete the Jackie Robinson Museum in New York City. To consign an item, visit www.GoldinAuctions.com or call 856-767-8550. 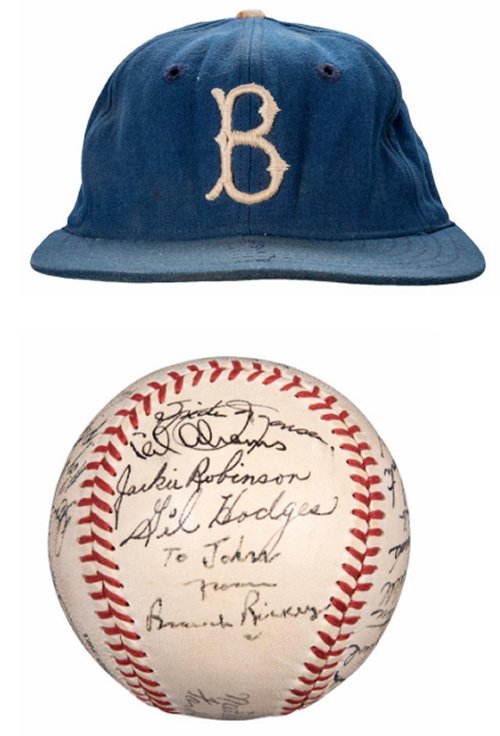 “Our partnership with the Jackie Robinson Foundation is a great opportunity for us to help promote the legendary life of a true American hero,” said Ken Goldin, founder of Goldin Auctions. “This auction is the perfect platform for collectors to consign their high-value Robinson-related memorabilia as we expect it to be one of our most visible events ever, and one that appeals to serious collectors and others who support the work of the Foundation and idolize Robinson. In addition to the aggressive promotion of Jackie Robinson Day by MLB, we also will part of the Foundation’s 70th anniversary black-tie gala on March 6 in New York that’s being attended by a host of dignitaries and celebrities.”