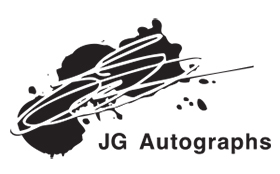 The 1885 page removed from Harry Wright’s personal score book, fully handwritten and signed by Wright with his initials “H.W.” in the scorer box.

1885 page removed from Harry Wright’s personal score book, fully handwritten and signed by Wright with his initials “H.W.” in the scorer box.

William Henry “Harry” Wright (January 10, 1835 – October 3, 1895) was an English-born American professional baseball player, manager, and developer. He assembled, managed, and played center field for baseball’s first fully professional team, the 1869 Cincinnati Red Stockings. He is credited with introducing innovations such as backing up infield plays from the outfield and shifting defensive alignments based on hitters’ tendencies. For his contributions as a manager and developer of the game, he was inducted into the Baseball Hall of Fame in 1953 by the Veterans Committee. Wright was also the first to make baseball into a business by paying his players up to seven times the pay of the average working man.

Offered is a single page from Wright’s personal scoring book, filled out entirely in the early Hall of Famer’s hand and signed with his initials “H.W.” Wright . The scorebook page captures the events of an 1885 Detroit Wolverines game (not dated). While Wright has not dated the page and the printed dated offers “187( )” as a prefilled in template Wright indeed used this book to score the 1885 season. The page was originally torn out of Wright’s 1885 scorebook, a book which scored many games consecutively. The reverse of this page features wonderful advertisement for the Mahn Dead Ball “The Only Professional Ball for 1877.” This scare piece of baseball history offers an intriguing look into the 19th century game!

Making the piece even more outstanding is the inclusion of two Baseball Hall of Famer players, George Wood and Ned Hanlon.

Edward Hugh Hanlon (August 22, 1857 – April 14, 1937), also known as “Foxy Ned”, and sometimes referred to as “The Father of Modern Baseball,” was an American professional baseball player and manager whose career spanned from 1876 to 1914. Hanlon is a member of the National Baseball Hall of Fame.

Names on the batting line-up are as follows:

All pencil writing by Wright is as bold as the day it was applied in 1885. The sheet measures 4×6.5″ and is slabbed by PSA/DNA in a holder which measures 6.5×10″. Wright’s passing in 1895 makes him one of the most difficult of all Hall of Fame autographs to obtain.

The page itself remains in wonderful condition, near flawless and virtually pristine with only a single uneven edge from where it was originally torn out of the full score book.

Additionally the page is authenticate by and includes a JG Autographs, Inc. full Letter of Authenticity and is fully authenticated and slabbed by PSA/DNA. PSA/DNA notes “Authentic Handwriting” on the slab. In the PSA/DNA online database under Certification #84466912 they make an additional notation that the piece is also signed noting, “This item was initialed by Harry Wright.”

A remarkable piece of baseball history!

** Note – The team photograph which is pictured is not included with the auction and is intended as a reference / display graphic only. ** 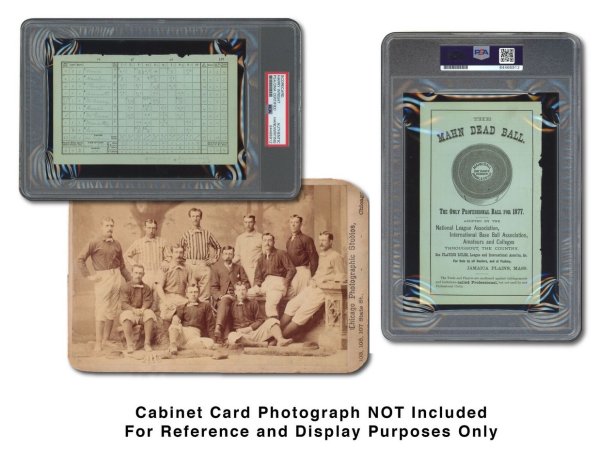 MORE ABOUT US AND OUR COMMITMENT TO YOU:
JG Autographs, Inc. has been a leader in the autograph field since the mid 1990s. From the beginning, the idea was simple: sell top-quality, 100% authentic autographs and fine collectibles.

Today, nearly twenty years after the founding of JG Autographs, we continue our commitment to provide you with the finest authentic Autographs, Art & Antiquities. JG Autographs, Inc. is a leader in providing authentic autographed items and memorabilia to private collectors, dealers and galleries all over the world. Our impeccable reputation stands behind our products and company.

Our Guarantee
At JG Autographs, Inc. every autograph comes with our lifetime Letter of Authenticity (LOA / COA) stating our guarantee that, for the lifetime of the item, we stand behind the authenticity of the item. Our Letter of Authenticity takes that guarantee one step further by containing an image(s) of the exact item which the letter is accompanies. Each LOA is hand signed by our President. Collectively, these measures prevent the misuse of our LOAs and protect the integrity of our authentic autographs we sell. Autographs purchased from JG Autographs, Inc. accompanied by our LOA will maintain the respect they deserve in regard to any and all future concerns on authenticity.

The Uniqueness of Our Products
JG Autographs, Inc. prides itself on selling 100% authentic autographs and memorabilia. We carry a broad range of products in hundreds of varying categories of collecting. Our category diversity includes film and television, military, models, music, notables, politics, science, space and aviation, sports and the arts. Whether you are a history buff, fan of modern film, television, art or music or enjoy collecting material from your favorite home town team or sports legends, we carry it all. Our collectibles make for fantastic additions to long standing collections, great starting points for new collectors looking for trusted authentic material, and make for a truly unique gifts for that special person in your life or corporate gift for a special client.