Jim Craig, the goalie for the 1980 U.S. Olympic ‘Miracle on Ice’ team that stunned the Soviet Union, is putting his memorabilia up for sale. The asking price? $5.7 million.

“The Jim Craig ‘Miracle on Ice’ Collection” features Craig’s 1980 Olympic gold medal, the jerseys he wore during the epic victory over the vaunted Soviet Union and the gold medal win against Finland, and the U.S. flag that was draped over the star goalie’s shoulders as he skated around the rink searching the stands for his father after the Finland game – the image of which is one of the most enduring moments in American sports history. In all, there are 19 items.

Lelands made the announcement just as the 2015 National Sports Collectors Convention was about to open and the company had the memorabilia on display inside its booth. 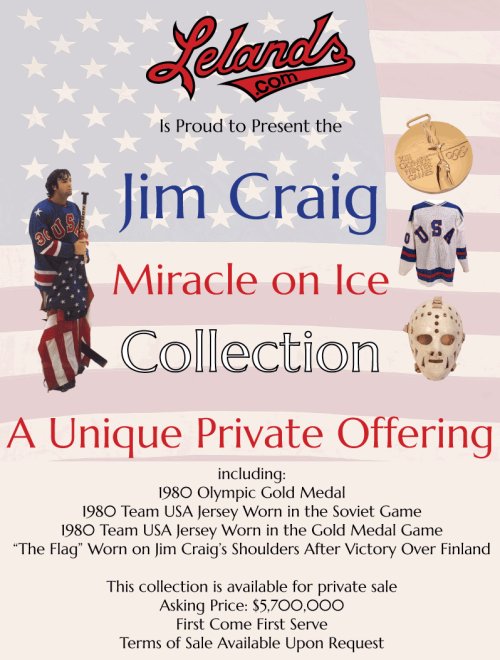