A pair of autographed game-worn shoes from Michael Jordan’s rookie season sold for $420,000 at Grey Flannel Auctions.   The “Jordan 1” shoes were a gift from Jordan to a photographer he’d known during his time at the University of North Carolina.  Robert Crawford met Jordan after a Bulls-Pacers game on March 26, 1986 and after scoring 38 points and grabbing nine rebounds while wearing them, the young star signed the back of each in black marker. 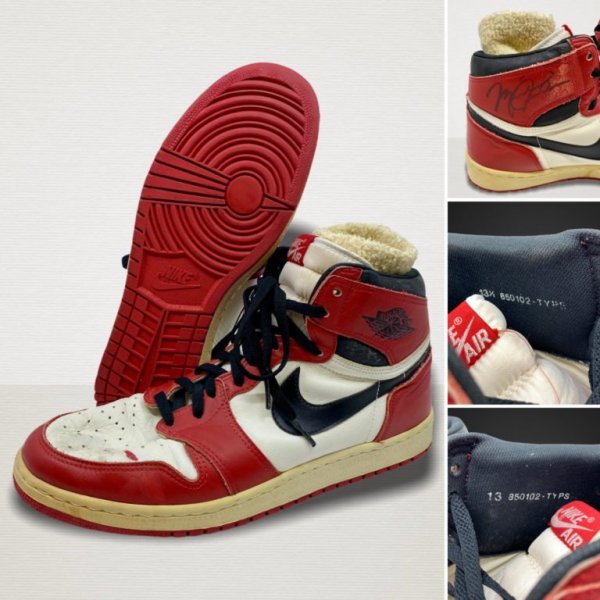