Mile High Card Company’s recently concluded October 20, 2011 auction seemed to prove the old adage that if you combine exceptional rarity with great condition, tremendous results will surely follow as several key rarities performed to exceptional levels. Supporting this claim were several instances highlighted by the following records: a 1907 W600 Sporting Life Cabinet of Ty Cobb graded PSA 3 VG found a new home to the tune of $55,580.00, as well an astounding and significant 1888 N403 Yum Yum Tobacco card of Cap Anson created quite a buzz with a final sales number of $40,163.00, also commanding much interest by market watchers and enthusiasts alike was a 1909-11 T206 Bill O’Hara St. Louis that was the highest graded known copy having been assessed a PSA 7 NM grade which sold for $44,325.00. 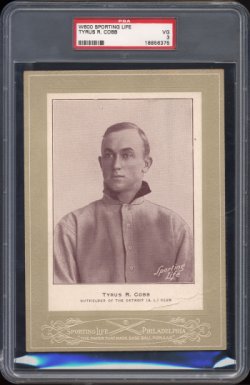 Mile High Card Company President Brian Drent commented, “As a firm we are exceptionally pleased with the passionate response that we saw all across the board and especially on the higher end of the collectibles market, and we will continue to strive to meet our clients’ collecting goals by offering material from all scopes of the hobby.”

In addition to the aforementioned highlights, as is the case with many MHCC auctions, baseball cardboard took a front-page view with the following items performing to outstanding levels: A stellar example of “Shoeless” Joe Jackson’s 1914 Cracker Jack card graded NM by SGC sold for $46,575.00, a terrific example of the scarce 1914 Cracker Jack card of Christy Mathewson in a PSA 2 sold for an impressive $18,252.00, also performing well was a 1909-11 T206 Ty Cobb bat of Shoulder with a rare Uzit advertising reverse graded FAIR 1.5 by SGC which found a new home at the tune of $14,402.00, as well a stunning 1933 Goudey final production uncut sheet of 24 cards including #53 Babe Ruth as well as four additional HOF’ers was hammered at $35,703.00, also performing well past recent market condition was a 1941 Play Ball #71 Joe DiMaggio PSA 8 which sold for an impressive $10,936.00. 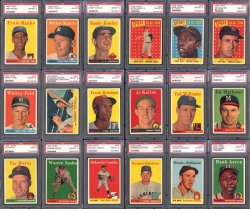 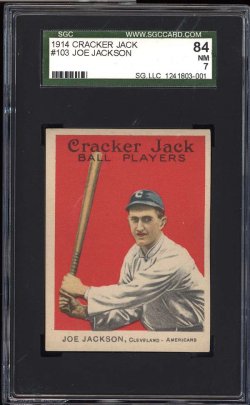 Although Mile High is widely considered the preeminent card house within the hobby memorabilia made quite a splash in the recently concluded MHCC sale as well, highlighting this arena were the following sales: A stunning 1909 Pittsburgh Pirate World Champion panoramic sold for a strong $23,086.00, while an exceedingly scarce 1913 T200 Fatima Premium of the Pittsburgh Pirates sold for $20,614.00, a spectacular signed Jimmy Foxx Burke photograph to Lefty Grove performed well selling for $3367.00, as well a 1962 Mickey Mantle Batter’s Assistant Training Set in the original box sold for an impressive $3,911.00, and a 1985 Chicago Bears Game Used Road Jersey of Walter Payton sold for $16,513.00, and a 1980’s Dallas Cowboys Game Used Tony Dorsett jersey found a new home at $6,628.00.

According to Mile High Card Company founder and President, Brian Drent, “we had over 350 new and actively bidding registered users, which is more new customers than we’ve ever had for any particular auction. Our numbers were strong, sure, but I think that in itself is a good sign for the hobby. I know it’s definitely a good one for us.”

Mile High Card Company has distinguished itself among elite auction houses as a specialist in the sports card market, as well as high end memorabilia, consistently realizing record-setting prices for the world’s finest sets and high-grade material that, in many cases, far outdistance the competition.

As a follow-up to this highly successful event, MHCC is currently planning a January 2012 premier catalog auction, and is actively seeking consignments. Continuing its successful Consignor Incentive Program, the top consignor to its January 2012 auction will receive 2 tickets plus airfare and hotel to New Orleans for the 2012 NCAA Basketball Final Four.

To consign your treasured material to the hobby’s most consistently reliable auction house, or to register with the company and receive free catalogs for future events, please visit www.milehighcardco.com or call Mile High Card Company directly at 303.840.2784 (8:00-5:00 MST M-F).