A truly one-of-a-kind car which was custom built for the late, great Lakers legend Kobe Bryant (given to him by his wife Vanessa) is up for auction at goldinauctions.com as part of their 2021 Goldin Elite Auction which closes on January 30th. This automobile was commissioned by Kobe’s wife Vanessa as a gift for her husband for Christmas in 2006. Vanessa Bryant retained the services of West Coast Customs of Corona, CA, the famed shop that inspired MTV’s “Pimp My Ride”, to create the ultimate Impala lowrider.  The car can be viewed here.

“You will not find a more sentimental Kobe Bryant item for public sale than this personally-owned vehicle gifted to Kobe by his wife Vanessa for Christmas,” says Goldin Auctions Founder and CEO Ken Goldin.

The custom-built vehicle has only 24,729 miles and was purchased in 2014 after being owned by the Bryant’s for a little under a decade. The vehicle also comes with the original title that reads “Vanessa Bryant” documenting the vehicle’s ownership history. The interior is custom white leather and also includes a deluxe custom Soundsystem. 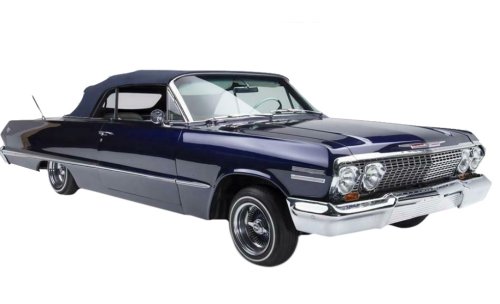