Mile High Card Company’s latest auction, which concluded on Thursday, March 22nd, established a new level of prices realized that reaffirmed its position as the preeminent purveyor of sports cards and memorabilia. With over 2,300 lots for the offering, it was the largest auction in the history of MHCC and highlighted by a 1909-11 T206 Sweet Caporal 350/30 Eddie Plank PSA 2.5 GOOD+ that brought in a record-shattering $82,008 and a 1932 U.S. Caramel #32 Babe Ruth PSA 8 NM/MT that sold for $50,946. 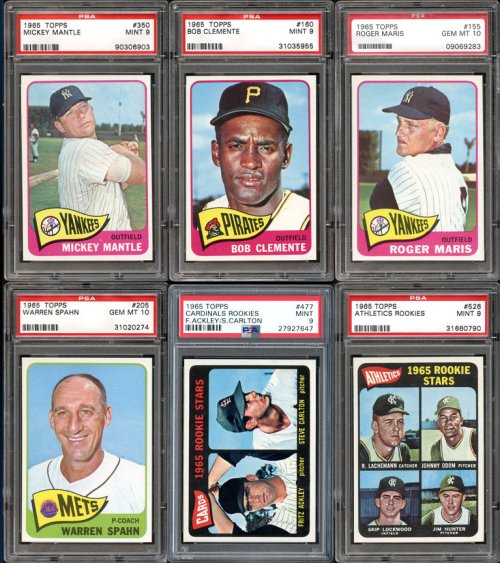 Of special interest to late 19th to mid 20th century card collectors and high-quality autograph seekers were the presentation of the Brian Goldner and Sigurd Berg collections. The Goldner collection featured over 900 lots from some of the time period’s most elusive issues in addition to the T206 Plank. Heavy bidding throughout the night drove the Goldner collection to a cumulative total of over $451,000. The Sigurd Berg collection, over 100 lots of autographed envelopes and note cards, included a Babe Ruth Signed Envelope PSA/DNA 9 that sold for $5,594 and a Grover C. Alexander Signed Envelope PSA/DNA 10 for $2,345. In addition to the Berg collection, up for auction was a group of incredible signed checks with a Honus Wagner Signed and Cancelled Bank Check PSA/DNA 9 MINT selling at a price of $2,094, Ty Cobb Signed and Cancelled Bank Check PSA/DNA 10 GEM MINT that went for $1,407 and Jackie Robinson Signed and Cancelled Bank Check PSA/DNA 10 GEM MINT that hammered at $3,024. Also, a recently discovered George Herman Ruth (Babe Ruth) 1928 Fully Executed and Signed Real Estate Contract that is authenticated by PSA/DNA and JSA found a new owner for $5,707 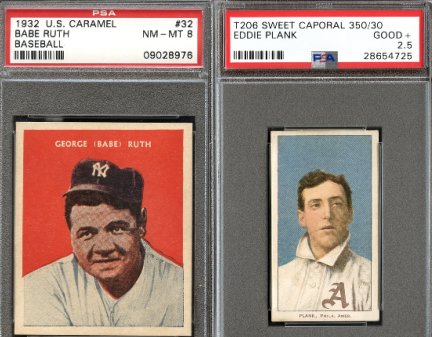 More information on this expansive auction will be coming shortly. Mile High Card Company is accepting consignments for the May 2018 Auction and there’s still time to get your consignments in. If you desire the maximum possible return for your prized sports cards and/or memorabilia, please call our office at (303) 840-2784 to speak with one of our team of experts, contact us at www.milehighcardco.com.