Love of the Game Auctions wants your consignments! Consign Now! In an effort to present the best possible Spring auction, we’re asking consignors to ACT NOW to take advantage of our best deals. Consigning early gives us the most time for research, which allows us to present your material in the best possible light. 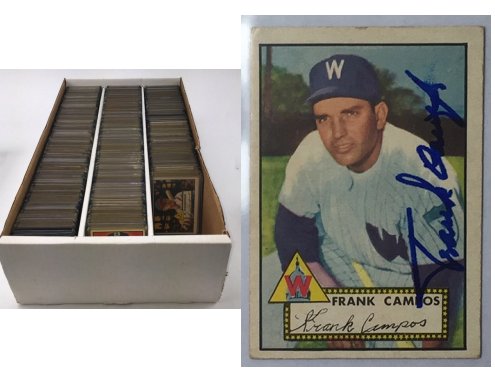 One of the most amazing components of our recent Texas Find was a massive cache of autographed 1952 Topps cards. Not enough to be a complete set (no Mantle, for instance), the collector clearly acquired many duplicates to be used as trade bait. The result is this enormous box of cards, each one autographed. There are some pretty amazing treats in this box. We’re reluctant to report on any of them in particular, until they’ve been authenticated, but suffice to say that this one will be in the first batch to go to PSA: Campos, That is, of course, an autographed Frank Campos “black star” variation – it’s got to be the only one in existence, right?

A great historical artifact!
Our Spring Auction will feature one of the greatest game-used items we’ve offered yet: Al Kaline’s last bat! Consigned from the collection of former Tigers batboy Dennis Clotworthy, this is the bat “Mr. Tiger” used in his final at bat in October of 1974! 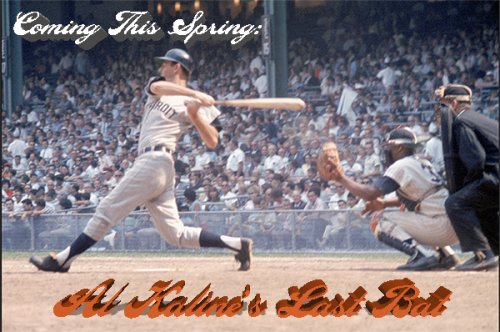