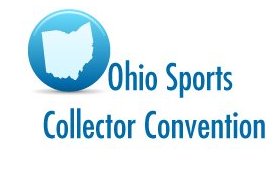 Lelands, the original sports memorabilia auction house and the most respected and trusted firm in the hobby, today announced that at the request of hobby fixture Paul Fusco’s family following Fusco’s sudden passing earlier this year, it will step in and take over the promotion of the annual Ohio Sports Collectors Convention starting with the 2020 event. Lelands has co-sponsored the country’s only all vintage sports card and memorabilia show with Fusco Auctions since 2007, and has been a fixture at the show since the 1980s. Fusco had served as the show’s promoter since 2007.

The hugely popular show in Strongsville, OH, which this year was held March 29-31 and is better known as The Strongsville Show, is geared toward rare and vintage cards, autographs and other memorabilia, and features dealers from across the country.

“The Ohio Sports Collectors Convention is pound-for-pound one of the best shows in the country,” said Lelands President and Partner Mike Heffner. “We want to continue the great success and tradition of the show and also pay tribute to the legacy of the show’s late organizer Paul Fusco. At the same time, we are excited about the opportunity to take the show to even greater heights.”

Heffner added: “It’s been an absolute pleasure co-sponsoring the show with Fusco Auctions for all these years, and we will be forever grateful to Paul, his wife, Debbie, and their daughter, Anne.”

Lelands has hired Dave Mooch to run the Ohio Sports Collectors Convention and serve as event coordinator. Lelands’ plans for the show include attracting even more high profile autograph guests and bringing back on-site grading, among other things.