A Michael Jordan 2002 Wizards photo-matched, game-worn jersey gifted to “The Last Dance” security guard John Michael Wozniak and a 2003-04 Exquisite Collection Gold #78 LeBron James rookie card headline the Lelands 2020 Spring Classic Auction along with 1,300 other amazing pieces of memorabilia and autographs, which is open for bidding and runs through December 11.  Bid, Register and view the auction at lelands.com.

The Jordan Wizards game-used jersey highlights an assortment of MJ memorabilia from the personal collection of Wozniak up for bid including his Bulls security jacket signed by Jordan, a 1993 “Christmas” Rolex watch gifted by the NBA legend and a 1998 Jordan Bulls six-time NBA championship ring presented to him. Jordan’s longtime personal security guard and close friend, Wozniak starred in “The Last Dance” documentary.

The Lelands 2020 Fall Classic also features a spectacular collection of baseball photos (vintage prints and original negatives) from the historic Brown Brothers archive. Highlights include the Babe Ruth photo used for his 1933 Goudey #181, the Ruth image used for his 1933 Goudey #53, #144 and #149, a circa 1918 Ruth curveball grip glass negative by Charles Conlon, a 1923 Yankees team photo with Ruth and Lou Gehrig, a Ty Cobb photo by Wrede and Collins, and a circa 1918 Ruth Red Sox photo by Charles Conlon. Lelands recently acquired Brown Brothers and its legendary photography archive, considered the most comprehensive U.S. stock photo library covering events of the 20th century.

Additional Jordan and LeBron memorabilia up for bid include an MJ 1989-90 Bulls signed, game-worn jersey, rated MEARS 10, a Jordan 1990 signed, game-used shoe, His Airness signed, game-worn sneakers from 1988-89 and a pair of shoes attributed to the 1997 Eastern Conference Finals, as well as a LeBron high school game-worn mouth guard and wrist bands.

Also featured in the auction is a Generation “T” Collection of over 1,300 tobacco cards headlined by 11 Ty Cobbs, a massive Topps baseball signed set archive, and a trove of modern sports cards with LeBron, Jordan, Mike Trout, Tom Brady, Zion Williamson and more. 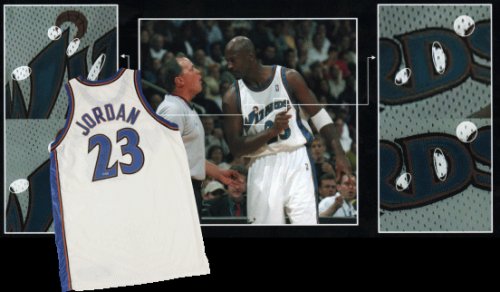 Lelands to Feature a “1 of 1” 2018 Bowman Chrome Luis Robert Superfractor Rookie PSA GEM MINT 10 in their Fall Classic Auction
The only Luis Robert Boman Chrome base Superfractor rookie in existence will be up for bid in Lelands 2020 Fall Classic Auction.  This PSA gem mint 10 has been in possession of the consigner since the card was pulled back in 2018. He recently submitted to PSA for grading, who then featured it on Instagram to promote their “Freshly Certified” series.

This sale will establish the market for this card, but experts at Lelands believe the winning bid will be north of $20,000. In 2018, Luis Robert was considered one of the premier blue-chip prospects in all of baseball. This year, he proved the prognosticators right by becoming one of four finalists for American League Rookie of the Year, leading all rookies this season in RBIs and tied for first in home runs. He finished second among MLB rookies in runs, extra-base hits, and total bases. His slugging percentage was third among rookies.

Lelands experts believe this may be the only chance for someone to own this card for quite some time. “Luis Robert could go on to have a Hall of Fame career, and this “1 of 1” specimen will skyrocket in value as his career progresses,” says Lelands Acquisition Director Jordan Gilroy. He continues, “I would not be surprised if the winning bidder puts this card away until Robert’s career is over.” 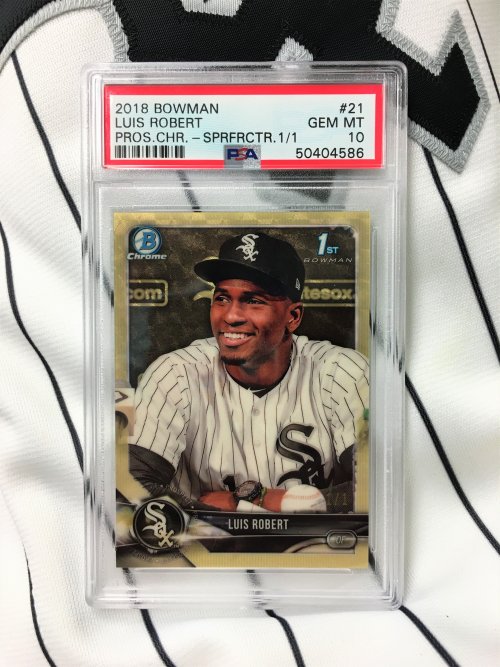