Hours after one of the most thrilling World Cup Finals ever played, Lionel Messi and Kylian Mbappe took over the trading card world. Searches on the PWCC Marketplace platform for Messi on Sunday rose 345 percent higher than his daily search baseline average. Mbappe rose 363 percent over his average daily search volume.

“Messi was searched nearly three times more than Michael Jordan, more than four times more than LeBron James, and more than five times more than Tom Brady,” said Jesse Craig, Vice President of Sales at PWCC Marketplace. “Messi gilded his career with this victory and demand for his cards clearly rose in concert with the achievement. The numbers highlight how important an exciting game is for demand in player assets.”

The top soccer sale of the night belongs to a 2017 Topps Chrome UEFA Champions League Gold Refractor Lionel Messi /50 graded to a PSA 10 that finished in bidding at $14,400. 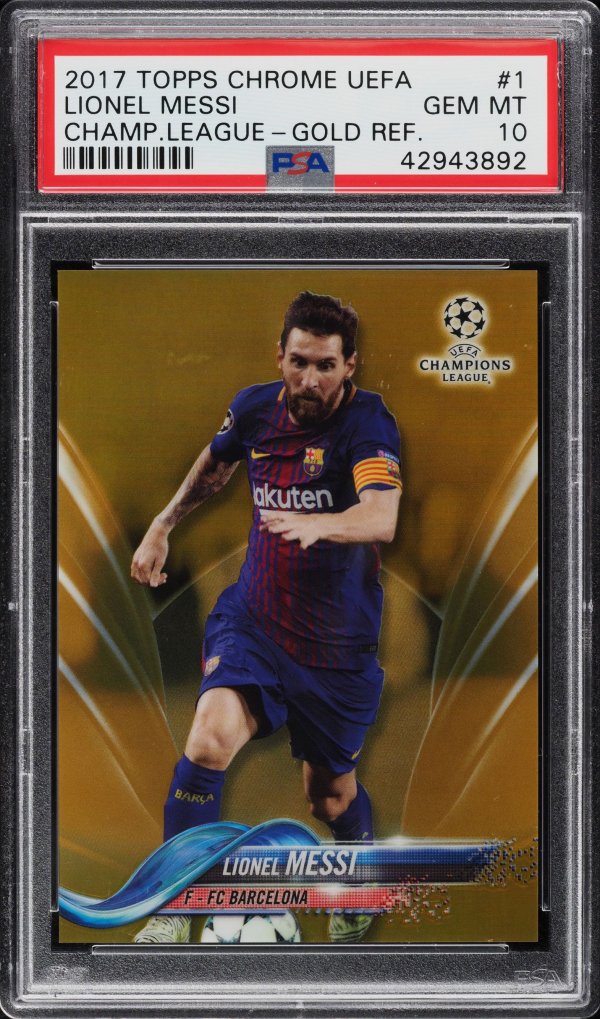