“We are excited to host a live auction in New York City for the first time ever and especially proud to hold it at NYY Steak.” said Ken Goldin, Founder of Goldin Auctions. “Since many of the most sought after items are from New York area athletes and some are being offered for auctions for the first time, the atmosphere should be more intense than ever.”

Some of the highlights of the live auction, which will be simulcast online beginning at 7:00 pm ET at GoldinAuctions.com include: the 1921 contract signed by all MLB owners establishing the Office of Commissioner; Babe Ruth’s first Yankees signed playing contract, the only Ruth glove ever authenticated; game-used bats from Ruth, Ty Cobb, Honus Wagner and Mickey Mantle; Mike Piazza’s jersey from his memorable post-9/11/01 home run; a Larry Bird game-used and photo matched jersey from one of his greatest games; a pair of Michael Jordan Olympic game-worn Nike Air Jordan 7 sneakers and much more.

Here’s a more detailed look at some of the mot unique items. For a complete list visit www.GoldinAuctions.com.

Lot #43 – 1922 Babe Ruth New York Yankees Contract – His First Ever Yankee Signed Contract Covering First Yankees World Championship 1923 (PSA/DNA) – This contract is the first official document signed between Babe Ruth and the Yankees. After Ruth signed this contract, the Yankees won their first World Series title during the 1923 season. This is a museum quality artifact, the perfect highlight for the high end Yankee or Ruth collection. It also includes full LOA from PSA/DNA.

Lot #29 – Babe Ruth Game-Used Glove – The only authenticated Ruth glove was actually worn by the slugger in 1912 as a member of the St. Mary’s Industrial School baseball team. To add to the mystique, the glove was actually a right-handed catcher’s glove, which the southpaw used before becoming a pitcher.

Lot #23 – 2001 Mike Piazza Post 9/11 Home Run Jersey – This was the jersey Piazza wore on 9/21/01 in the first New York baseball game after 9/11, when he hit the most famous home run in Mets history in the 8th inning off Braves reliever Steve Karsay. Includes LOA from the Mets Museum.

Lot #41 – Historic 1921 Document Establishing MLB’s “Office of Commissioner” signed by all of the owners and both league Presidents –18 Signatures (PSA/DNA) – Presented here is the actual legal agreement that established the office of Commissioner in Major League Baseball. The 9″ x 13″ agreement contains neatly arrayed signatures that are vividly black-inked exemplars, faulted only by traces of smudging in the penmanship of Stoneham. It also has a LOA from PSA/DNA (Cert. #AA05657).

Lot #24 – 1986 Gary Carter Personally Owned NY Mets World Series Trophy (Gary Carter LOA) – One of the most significant acquisitions in the history of the New York Mets, the perennial All-Star catcher turned the Mets into instant contenders in the N.L East. This trophy comes with a letter from Mr. Carter attesting to its authenticity.

Lot #47 – Historic Larry Bird Photo-Matched/Video-Matched Game Used Jersey from May 22, 1988 Playoffs Game 7- In a game Bird once called this his greatest performance ever, Larry Legend locked horns with Dominique Wilkins, scoring 20 fourth quarter points in the classic game seven showdown won by the Celtics. This size 46+3 Sand Knit jersey, which originated from the collection of a Celtics executive, has been video-matched to two DVDs made by the NBA and comes with a video-match certification by NBA authenticators and THE MEIGRAY GROUP.

Lot #10 – Historic 1992 Michael Jordan Game Worn Olympics Nike “Dream Team” Air Jordan (Special Edition) Sneakers Sourced from Dream Team Member (MEARS) – Michael Jordan wore these size 13 Nike Air Jordan 7 sneakers for this historic team during the Olympic Games in Barcelona. The sneakers were specifically designed for Jordan to use in the Olympics as his number “9” is on the back of the shoe, his number he wore for Team USA. This item comes with a full LOA from Mears, who have sourced these shoes game use authenticity from one of the Dream Team members who wished to remain anonymous. 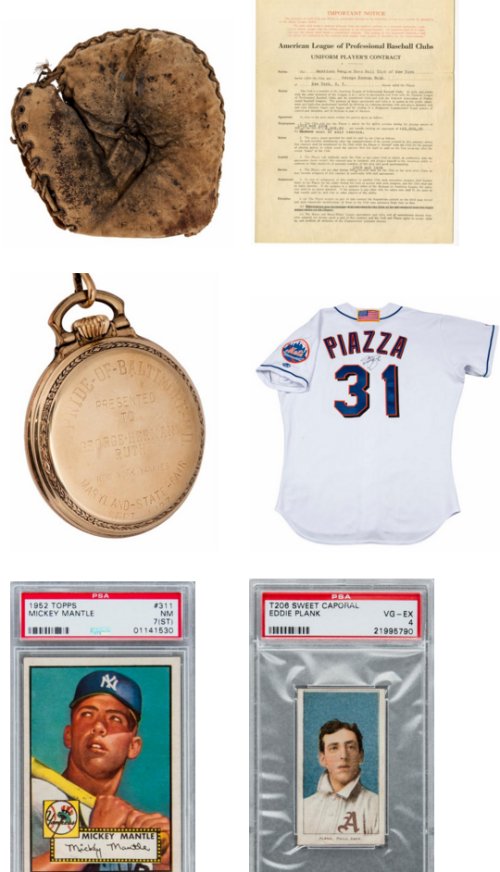